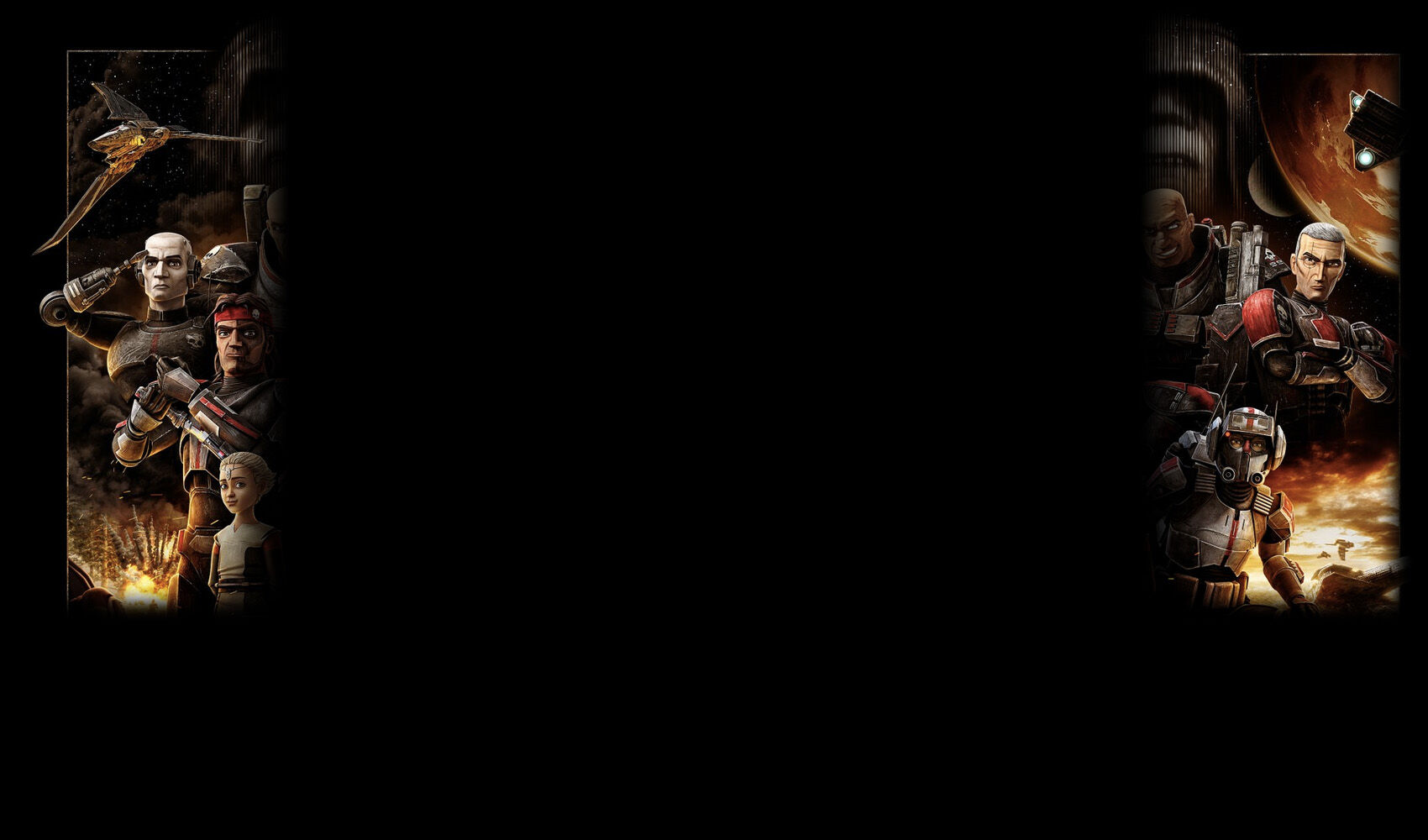 From A New Hope all the way through The Rise of Skywalker, Luke Skywalker’s character development adheres to the Hero’s Journey outlined in Jospeh Campbell’s The Hero with a Thousand Faces.

This post serves to chronicle the key moments of Canon Luke’s life that fulfill the 17 steps of the HJ (see the diagram below for a description of the specific steps). 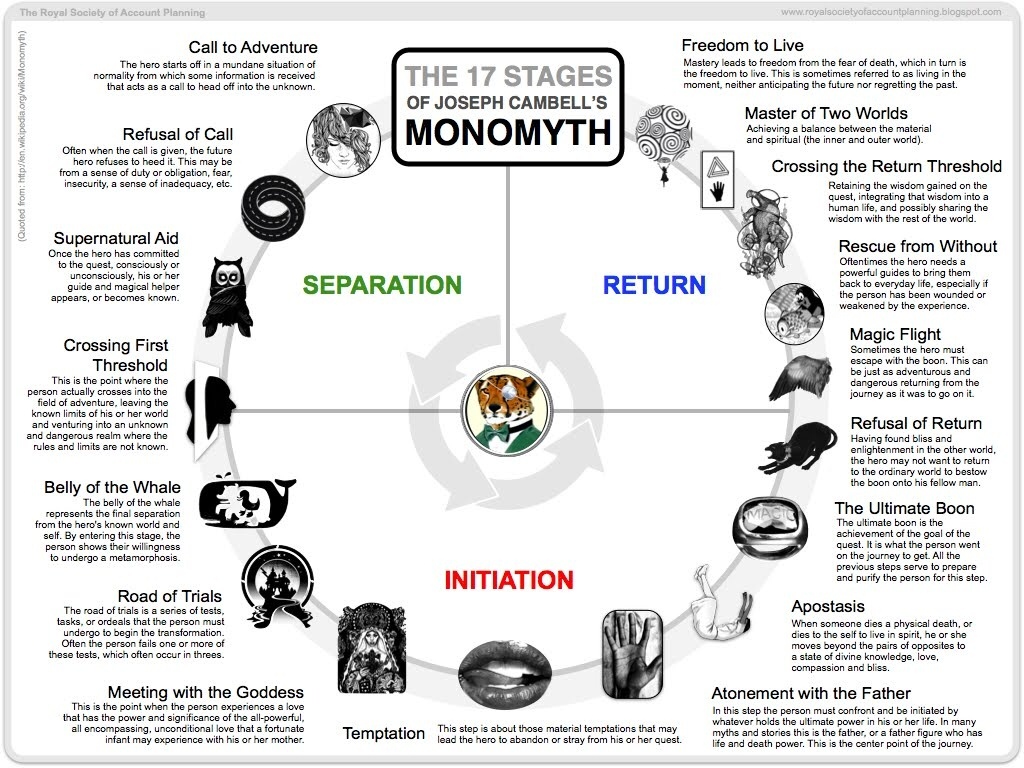 If you have any objections, and think there’s another moment in Luke’s life that might better fit a particular step, please feel free to say so!

The Hero’s Journey of Luke Skywalker

 Call to Adventure: Luke starts off on Tatooine, the planet farthest from the bright center of the universe. He’s bored, restless, but is forced to stay with his uncle and aunt to help with the harvest. He stares at the twin suns with eager anxiousness to explore the larger galaxy.

He then receives the Call in the form of Leia’s message, meant for Obi-Wan Kenobi. Old Ben encourages him to travel to Alderaan with him at the Princess’s request.

Refusal of the Call: Luke is baffled. “I can’t go to Alderaan,” he insists. Luke, while longing to explore the galaxy, still clings to the life he has, perhaps out of fear or obligation.

Supernatural Aid: Once he finds his uncle and aunt killed, and his home destroyed, Luke accepts the Call and asks Obi-Wan Kenobi, former Jedi Master, to train him in the ways in the Force. Kenobi, acting as Luke’s supernatural aid, had given Luke his father’s lightsaber, a weapon of power to help Luke on his journey.

Crossing the First Threshold: With the help of Han Solo and his co-pilot Chewbacca, Luke leaves his home of Tatooine, venturing into a vast galaxy and what would become a life of adventure and heroism.

Belly of the Whale: Luke finds himself in the middle of the Death Star, the great fortress of the evil Empire. He commits himself to the Rebellion with the rescue of Princess Leia, and fully embraces the life of the hero by destroying the Death Star. He’s well on his way!

Road of Trials: This encompasses quite a bit of material, including everything between ANH and ESB, and into his training with Yoda. Luke is forged in the fires of the Galactic Civil War, and experiences a number of adventures that slowly shape him into the foundation for what he will one day become.

Meeting with the Goddess: Luke doesn’t necessarily have a Lady Galadriel, female-goddess archetype he interacts with. This role is best fulfilled by Yoda, a mysterious Jedi Master residing on a planet immensely strong with the Force. He trains Luke physically, but more importantly spiritually, so that he may gain the power to defeat Vader.

Temptation: Luke receives a vision from the Force of his friends suffering at the hands of the Empire, luring him away from his training and into the hands of the awaiting Darth Vader (who Luke also has a vision of during his trial in the Cave).

Atonement with the Father: Darth Vader defeats Luke and reveals that he is Luke’s father, the Jedi Knight turned Sith Lord Anakin Skywalker. Luke, physically and emotionally shattered, attempts to escape by suicide, but miraculously survives and is rescued by his friends. This is Luke at his absolute lowest.

Apotheosis: After a year of recovery and improvement, Luke is reborn as a full-fledged Jedi Knight, wise and powerful. He wields a weapon of power (i.e. a new lightsaber) and helps to vanquish Jabba the Hutt and confronts Vader once more.

Ultimate Boon: Through Luke, Anakin Skywalker is reborn and the Sith are destroyed. The Empire is resoundingly defeated, and the Rebel Alliance essentially restores freedom to the galaxy. Luke has fully embraced the title of a Jedi Master, and has the knowledge and ability to rebuild the Jedi Order.

Refusal of Return: Luke detaches himself from the larger galaxy, focusing on uncovering the secrets of the Jedi and rebuilding the Order. By his own folly, the Jedi are destroyed and Luke is consumed by his failure.

The Magic Flight: Luke goes into hiding, having now become the Last Jedi. He hoards his knowledge of the Force and the Jedi (the ultimate boon) from the rest of the galaxy. He lives in the ancient Jedi Temple on Ahch-To, his whereabouts unknown to the rest of the galaxy (most simply regard him as a myth).

Rescue From Without: Luke has two rescuers. Rey, an idealistic Force User eager to learn the ways of the Force from the messianic legend Luke Skywalker, and Yoda, who teaches Luke the truth about his weakness and failure. They remind Luke both who he once was, and what he can be. These two encourage the apathetic Luke to end his seclusion.

Crossing the Return Threshold: Luke, now wiser and more powerful than ever, returns to the conflict he’s been avoiding. An idealized image of him (how the rest of the galaxy envisions the legendary Luke Skywalker) appears on Crait to save the Resistance in their most desperate hour.

Master of Two Worlds: Luke, having saved the Resistance and restored hope to the galaxy, passes away with “peace and purpose.” He dies as the greatest Jedi who ever lived, now a manifestation through the Force. He can now travel through both the material and spirit worlds as a Force Ghost.

Freedom to Live: We’ll see this part demonstrated in TROS. Luke has transcended the limitations of the physical world and has the freedom to live in eternal peace, and continue to help those who need him most. 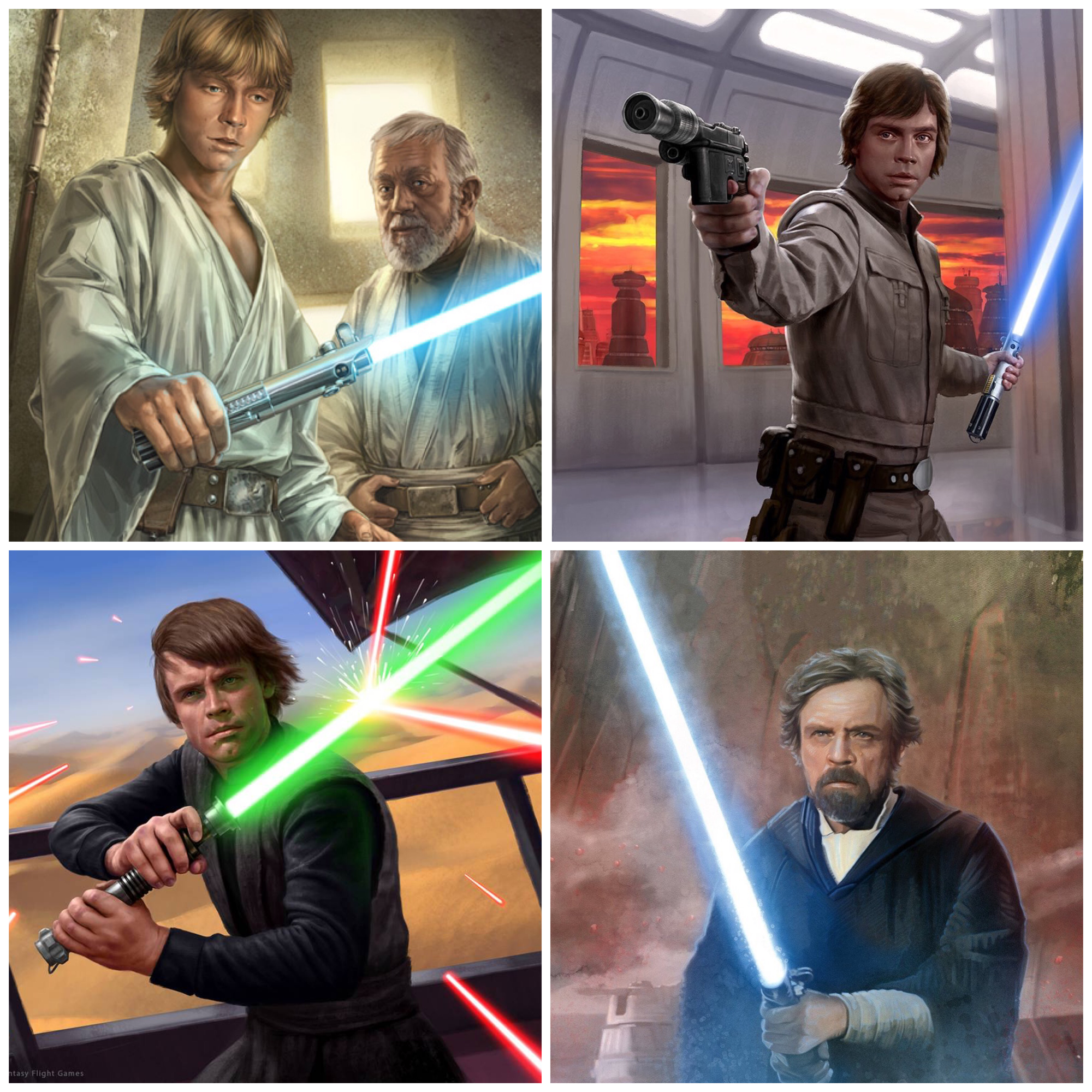 (edited by Shield of the Jedi)
Luke Skywalker
1

We seriously need an In-Depth Analysis Hall of Fame! Great post, it inspires me to what the structure of such a powerful story holds and how one can interpret it. You bet your life, I'll be directing movies with this article in hand!

I think it’s interesting that Demo mentioned Luke’s commitment to protecting his loved ones, since “the end of everything (Luke loved) because of what (Kylo would) become” is one of the things that Luke specifically cited in explaining his failure. 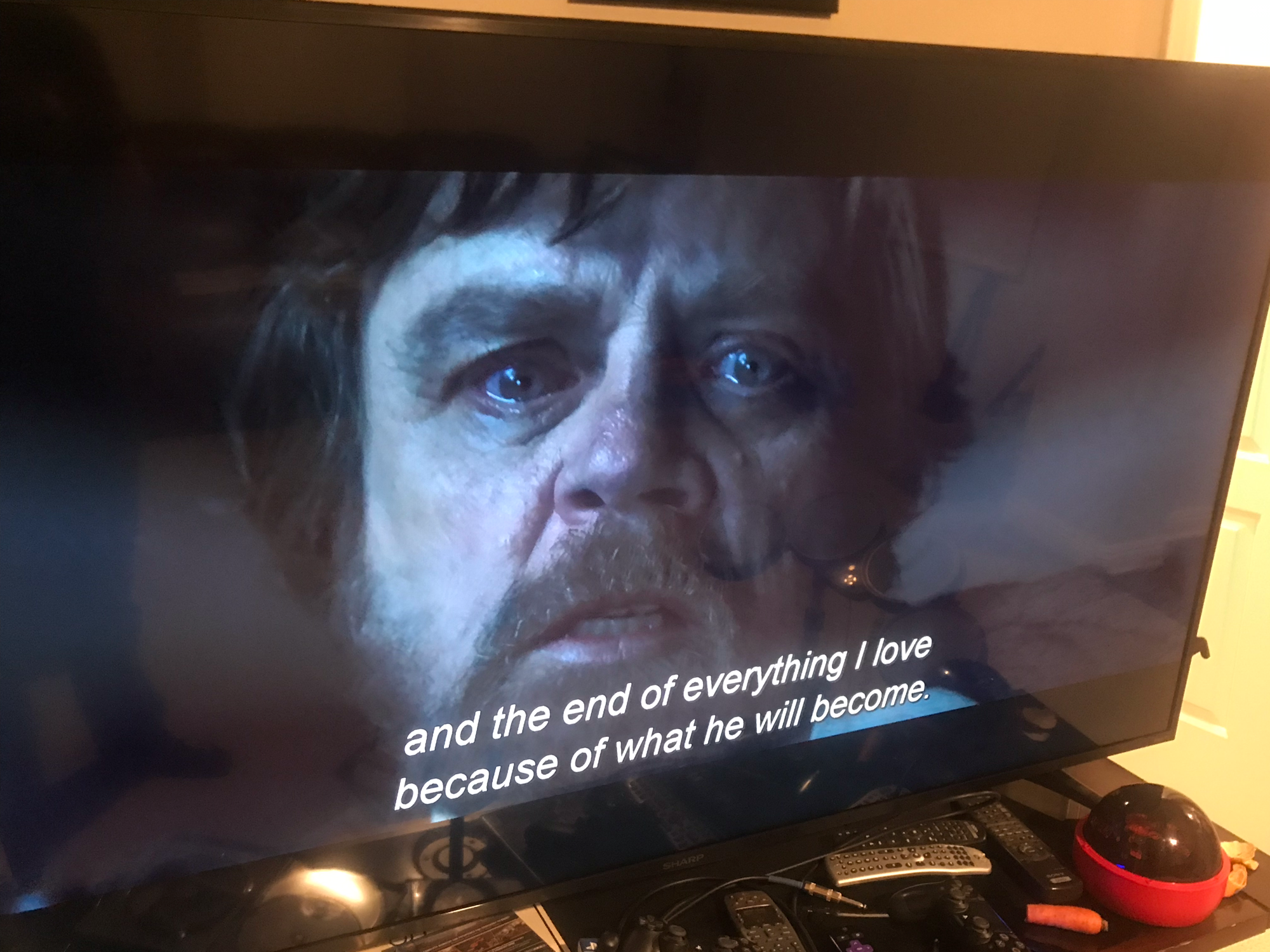 So it appears that the issue here really isn’t the execution, it’s at the very minimum a failure to fully understand the execution, a failure to give proper weight to things said in dialogue, and a failure to make inferences based on what we already know about the character. His actions in the throne room in Return of the Jedi are particularly relevant, but that’s been discussed ad nauseum here.

The disconnect between Luke’s portrayal in the original trilogy and the way the public sees him is particularly relevant as well.

@Thaumataphantiphon hello there! I noticed you're new here, so welcome to the Wook! In case you haven't seen it yet, please check out this welcoming post to get to know the community. Impressive first comment by the way.

The Wookieepedia Handbook | FANDOMDisclaimer: For those of you who usually don’t…starwars.fandom.com

@Nightswan Thank you so much for the warm welcome and getting me up to speed. I just read through the material you sent, and look forward to some wonderful and rigorous discussions to come!

We look forward to it as well!

Moose, I understand the film and the scene just as well as you do. It is entirely possible for two people to totally understand something and still disagree about whether it’s good or not. That is the case here and there’s nothing wrong with it. Your insinuating my ignorance is unfair and uncalled for.

The scene in question does get part of Luke’s motivation right in that he cares deeply for his friends. But whatever it gets right about his character in my mind is totally destroyed by the fact that he seriously considered killing his nephew who hadn’t done anything bad yet.

Luke Skywalker is not a perfect Jedi all of the time. He makes mistakes all the time, but it’s never something that totally fails to resonate with me. When he rushes off to save his friends in ESB, I get both why he did it and why it was a bad decision. In Return of the Jedi when he almost kills Vader in anger, he was in the heat of battle with someone who was very dangerous and had already done a billion awful things, so the fact he makes the mistake of giving into his aggression against Vader is once again understandable albeit still wrong.

That’s the key with how Luke is portrayed in the OT, that’s why he’s one of the most popular characters in film is he’s so relatable.

There is nothing relatable or understandable on a personal emotional level about Luke’s brief consideration of murdering his nephew where he pulls his lightsaber on him. The fact that he did it because he feared for his loved ones doesn’t change the fact that Luke as I know him in literally every story outside The Last Jedi is not an unstable lunatic who almost kills his family members who are innocent.

As I’ve made perfectly clear. I don’t think a character can be objectively in or out of character, as we can’t even all agree on what kind of people in real life people are. It’d be crazy to think that a fictional character can objectively be in or out of character. I have no problem whatsoever that you, Shield, or anyone else thinks Luke’s portrayal in the movie is good. In fact, I love that people like Shield feel differently because it can be a very fun exchange ideas and have a debate among knowledgeable, passionate fans.

I’m but a humble chronicler, and have weighed in on why I like Luke’s portrayal in The Last Jedi in other posts. I will remain impartial here.

I will say that what @Thaumataphantiphon said very much resonated with me, and I really appreciate how eloquently he phrased his thoughts.

@Demolisher1 and @Moose05 both have excellent points as well, and I think both of you together encapsulate both sides of the issue on The Last Jedi’s continuation of Luke’s story.

(edited by Shield of the Jedi)
2

I was pretty sure that the hero's journey was shorter than this. i think it sometimes just ends with the ultimate boon

Do one for anakin please