Alliance to Restore the Republic[1]

Each station had its own factory within, allowing it to deploy new reinforcements onto the battlefield. Alliance Space Stations were designed to be highly modular, while being somewhat vulnerable to Imperial Broadside cruisers.

They were capable of being upgraded with extra weaponry and production facilities. High level upgraded stations were powerful enough to of affect the tide of battle. These stations were a standardized design and in early stages were extremely vulnerable to Imperial assault, it was also common for these space stations to be assisted by a planet based ion cannon. These space stations were commonly seen at Mon Calamari Shipyards and in battle these stations were reinforced by Corellian Corvettes, Nebulon-B Frigates and its complement of X-Wings and Y-Wings.

These stations were the Rebel equivalent of the Cardan-class space station. 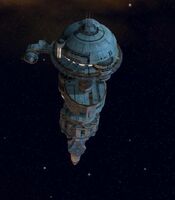 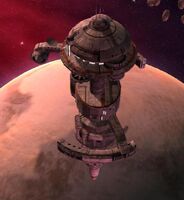 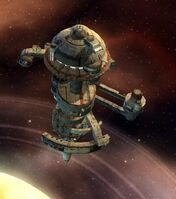 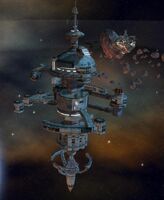 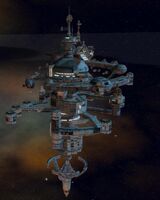 Alliance station class 5
Add a photo to this gallery

In other languages
Retrieved from "https://starwars.fandom.com/wiki/Alliance_Space_Station?oldid=9242223"
Community content is available under CC-BY-SA unless otherwise noted.