Chain of Command
Attack Run is the fourth Force Pack in the Rogue Squadron cycle for Fantasy Flight Games' Star Wars: The Card Game. It was released on June 25, 2015.

Whether you pilot Slave I for the Scum and Villainy of the galaxy or fly a B-wing with Keyan Farlander, you'll find cards to support your affiliation of choice with the ten objective sets (two copies each of five unique sets) in this Force Pack. Evade authorities with the Smugglers and Spies, pilot Vader's unique TIE Advanced, or fly into the Death Star's vulnerable trench and start your Attack Run! 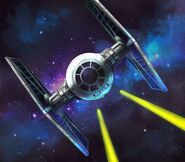 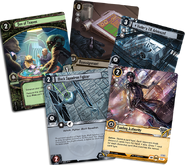