[8]C'ai to Poe Dameron, after noticing that the Steadfast had gone down

Having previously flown for the New Republic, Threnalli was one of several Abednedo who joined Leia's Resistance movement, as his people had been early supporters of the General. He was known to be an X-wing pilot by choice, but also received cross-training in other types such as the B-wing and Y-wing models.[5]

Following the Battle of Starkiller Base in the year 34 ABY,[9] Threnalli was amongst the personnel in the Resistance base on the planet D'Qar who waved off the YT-1300 light freighter known as the Millennium Falcon, piloted by Rey and her passengers, as it set off to find the missing Jedi Master Luke Skywalker on the planet Ahch-To.[6]

Shortly after the Resistance evacuated the base on D'Qar, Threnalli flew as Commander Poe Dameron's wingman.[1] He remained loyal to Dameron, joining the mutiny against Vice Admiral Amilyn Holdo along with at least several others. However, he was stunned, along with Dameron's other allies, by Holdo after she caused a distraction.[3]

Threnalli was aboard the Resistance transports that escaped the Raddus and later participated in the Battle of Crait, managing to survive with only a small number of other pilots. He escaped aboard the Millennium Falcon along with the few Resistance survivors, and hugged Dameron.[3]

In 35 ABY,[10] Threnalli flew his T-70 in the Battle of Exegol against the Sith Eternal forces. After the battle, he returned to Ajan Kloss and celebrated with the rest of the Resistance.[8]

At 1.88 meters tall,[2] C'ai Threnalli was an Abednedo male[1] who had bluish-brown skin,[4] brown hair, black eyes,[3] and dangling mouth tentacles,[2] which were heat and motion-sensitive.[5] His feet had three toes. He was considered a hotshot pilot, and was as comfortable flying an X-wing starfighter as much as a regular airspeeder, as he could turn his hand to any contols. He was loyal to fellow Resistance pilot Poe Dameron.[2] He learned to speak Basic, but often lapsed back into Abednedo.[5]

C'ai Threnalli first appeared in Star Wars: Episode VII The Force Awakens,[6] where actor Paul Kasey is seen wearing the costume of Ello Asty in one of the final scenes of the movie.[12] As Asty's death had been shown earlier in the film,[6] Lucasfilm Story Group member Pablo Hidalgo stated that the Abednedo seen waving off the Falcon in that scene must be a different character.[13]

The design for Threnalli was created by creature concept designer Jake Lunt Davies, while his costume was made by costume designner Michael Kaplan.[14] Threnalli was performed by Paul Kasey, who was assisted by 'Animatronic Facial Performer' Phill Woodfine.

This character went unnamed until appearing in the "Escape from Starkiller Base" DLC expansion for the video game LEGO Star Wars: The Force Awakens, which starred Threnalli, voiced by Christian Simpson, crashing in a T-70 X-wing starfighter during the Assault on Starkiller and then fighting through First Order forces and escaping the planet's surface alongside fellow Resistance members Lieutenant Wright and R3-Z3.[15] Story Group member Leland Chee confirmed on Twitter that the idea was for Threnalli to be the unnamed pilot from the film.[16] 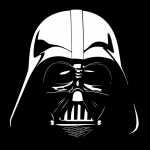 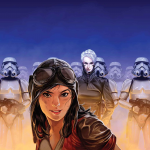