It's tough to be a droid! When TIE fighters attack the Ghost, it's up to the cranky astromech droid, Chopper, to keep the ship together. If only his crewmates would decide whether they want him to repair the shields or the intercom...or the shields...or the intercom.

The book's front matter misspells Star Wars Rebels executive producer Greg Weisman's last name as "Wiseman" while crediting the story's original episodic creation to him.[1] The error was repeated when the story was reprinted in the Star Wars Rebels Story and Activity Book[6] but was corrected in the edition of the book released in Star Wars Rebels: Storybook Library.[3]

The title was one of eight included in Star Wars Rebels: Storybook Library.[7] 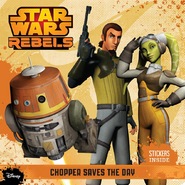 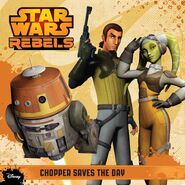 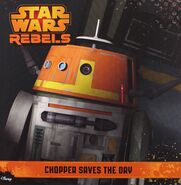 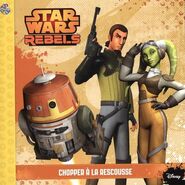 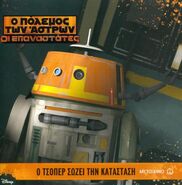 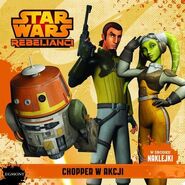 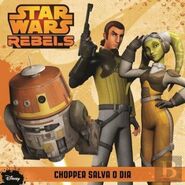 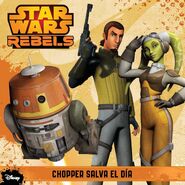 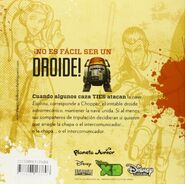 Spanish back cover
Add a photo to this gallery

In other languages
Retrieved from "https://starwars.fandom.com/wiki/Chopper_Saves_the_Day?oldid=9516289"
Community content is available under CC-BY-SA unless otherwise noted.