We're Getting Mutants in the MCU - The Loop

Coastal defender stormtroopers, more commonly known as shoretroopers[1] and also known as the coastal guard,[8] with those stationed on the planet Scarif referred to as Scarif stormtroopers,[9] were a specialized variant of the Galactic Empire's stormtroopers trained and equipped for combat in tropical environments.[2] Shoretroopers operated effectively as sergeants which allowed them to command small squads of regular stormtroopers. One of the notable aspects of coastal defender stormtroopers was that the position they served in was temporary and subject to change along with their rank. On a galactic scale, shoretroopers as a whole were scarce, as the conditions for necessitating their employment were few and far between, as few stations or garrisons were located on coastal/tropical planets.[1]

Many coastal defender stormtroopers were stationed at the top secret Imperial security complex on the tropical planet Scarif, where they patrolled the beaches and bunkers of the facility.[5] Del Meeko, later a member of Inferno Squad, served as a shoretrooper on Scarif prior to becoming a TIE fighter pilot.[10] In 0 BBY, shoretroopers participated in the Battle of Scarif against the Rebel Alliance, where many of them were killed when the Death Star blew up the Imperial security complex to wipe out the remaining Rebels.

In 0 ABY, shoretroopers came into conflict with Rebel leaders Leia Organa and Luke Skywalker after they crashed on an ocean planet.[6]

During the New Republic era, shoretroopers served in an Imperial remnant, and were also deployed to Morak to protect the mining facilities from insurgent and rebel attacks in 9 ABY.[7]

During the Cold War between the Resistance and the First Order, Agent Terex of the First Order Security Bureau had possession of a shoretrooper helmet aboard the Carrion Spike that was displayed next to the helmets of an Imperial Royal Guard, an AT-AT pilot, a death trooper, and others, along with a custom set of armor.[11]

Shoretroopers wielded both the E-11 medium blaster rifle and the upgraded E-22 reciprocating double-barreled blaster rifle while stationed on Scarif.[12] They also carried a thermal imploder, a highly explosive grenade that was used to destroy SW-0608, an Imperial cargo shuttle the Rogue One team used to bypass the Empire's Shield Gate in orbit over the world.[13]

There were at least three distinct ranks of shoretroopers, all with unique armor markings. Regular shoretroopers featured sand-colored armor, with a red band around their right arm and a white stripe around their left shoulder guard. Squad leaders were identified by a sand blue stripe that went along the top of their chest plates and onto the top of their shoulder guards. Squad leaders also sported a kama attached to their belt.[14] Shoretrooper captains had almost all of their chest plates blue, along with a small plate of armor that was on their left side. Their right shoulder guard was sand colored, but their left shoulder guard was all sand blue, save for the white stripe. Further down the same arm, there were stripes of sand blue and yellow. They also had limited or no upper leg armor for swifter movement in battle, similar to scout troopers.[1]

The first footage of the shoretrooper was shown in the teaser trailer for the Star Wars standalone film, Rogue One: A Star Wars Story, on April 7, 2016.[15] The shoretroopers were identified by name in the third episode of The Star Wars Show on May 25, 2016.[16] 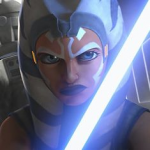 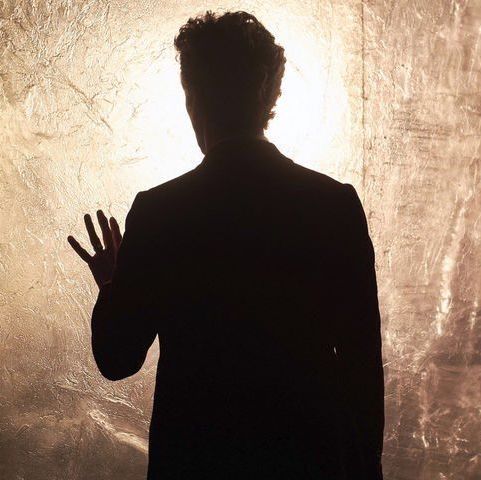