They produced stations in different levels (Level 1 being the weakest and Level 5 the strongest). Level 3 and up Consortium space stations were armed with a plasma cannon that were capable of delivering lethal blows. They could also be armed with pulse cannons and other light defenses, which could be heavily upgraded beyond their original specifications. The level 1 space station is considered huge for it level compred to the imperial and rebel ones but the size barely increases as the level continued and it considered small when compared to the rebel class 5 one the Cardan Class 5 one is small compared to it.

One known location of such space stations was at Ryloth. This station had been there since Zann and Urai Fen schemed against Jabba the Hutt, and possibly even before then. Other factions were known to use this class of space station besides the Consortium. 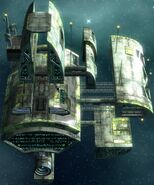 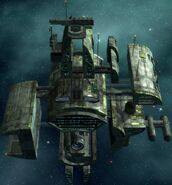 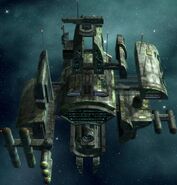 Retrieved from "https://starwars.fandom.com/wiki/Consortium_space_station?oldid=8436779"
Community content is available under CC-BY-SA unless otherwise noted.