The Complete Legend of Corellia

Well, I admire anyone who can crawl their way out of the sewer. Especially a sewer as putrid as Corellia.Dryden Vos, to Han Solo

Corellia was a planet located in the galaxy's Core Worlds known for its ace pilots and large starships.[18] Vessels such as the Millennium Falcon[19] and Imperial starships were built on Corellia.

It was the homeworld of Han Solo, Qi'ra,[4]Wedge Antilles, Crix Madine, BoShek,[20] the Besalisk Gadren,[14] the Executive Records Officer Winshur Bratt,[13] the bounty hunters Dengar[21] and Mercurial Swift,[22] the Jedi younglings Kalifa[23] and Petro,[24] and Wanten of the First Order.[25]

Corellia was located in the Corellian sector[2] in the Core Worlds. It had a temperate climate and was covered in forests, jungles, and urban centers.[1] One major city was Coronet City (also the planet's capital), which was home to shipyards used to build TIE fighters and Star Destroyers for the Galactic Empire.[8]

The planet's human inhabitants were called Corellians[14] and were known for their wanderlust.[1] Besides humans, Corellia was also inhabited by several alien species including Barbadelans,[8]Besalisks,[14]Czerialans, Grindalids,[8]Kel Dor, Pa'lowicks, Rodians, Sullustans,[4]Twi'leks, and Ugor.[8] In addition, Corellia was also home to several native creatures including Corellian hounds[1] and fleek eels.[12]

There's so much history on Corellia! Too bad it's such an awful place.DK-RA-43 in the Galactic Explorer's Guide

An ancient Core World,[1] Corellia was the homeworld of natives known for their wanderlust. In the time before they explored the stars, Corellians embarked on ocean voyages to satisfy that wanderlust,[12] traversing the seas to discover new continents and catch vast quantities of fish.[2] After the advent of space travel, Corellian royalty sponsored exploration and colonization efforts that helped expand galactic civilization by furthering the frontiers of the Old Republic in its youth.[12] Corellian colonists settled on thousands of worlds, and its hyperspace scouts paved many of the galaxy's major hyperspace routes, making Corellia an important planet in the Galactic Republic.[6]

The planet became known through the galaxy for the Corellian people's wanderlust and its massive shipyards. Eventually, the ancient Corellian royalty, which included Prince-Admiral Jonashe Solo, faded away and the throne stood vacant for many years.[3] In the millennia leading up to the Imperial Era, Corellia's key role in the expansion of galactic civilization[1] decreased and power shifted to younger, more vibrant planets. The once influential world gained a reputation as a polluted planet with extensive poverty and crime.[6] With its importance in galactic affairs reduced, Corellia was nonetheless recognized for its historic significance.[12]

Age of the Empire

I don't like the Empire […] because it's what I ran away from on Corellia. It's a machine that turns people and places into credits, leaving the grass dead and the air polluted and the sea empty.Midnight, on the Galactic Empire's effect on Corellia

When the Galactic Empire came to power, Corellia's shipyards were transformed into Imperial facilities,[12] and though Corellia was a faded industrial world, it was used to build TIE fighters and Star Destroyers for the Imperial Navy. Many impoverished Corellian commoners sought to escape their homeworld for a better life.[1] By 13 BBY, the Corellian Security Forces including its emigration officers had become an extension of the Imperial security forces on Corellia.[12]

After escaping the Den of the White Worms, Han and Qi'ra tried to escape through Coronet Spaceport by bribing an emigration officer. However, Qi'ra was recaptured and sold to Sarkin Enneb. Han managed to travel offworld and join the Carida Academy as an Imperial cadet with the hopes of becoming a pilot. Due to his insubordination, however, Solo was reassigned to the Imperial Army and became a Swamp trooper on Mimban. Meanwhile, Qi'ra became the chief lieutenant to Dryden Vos in the Crimson Dawn crime syndicate.[8]

Around ten years before the Battle of Yavin,[28] an organization known as the Corellian Resistance operated on the planet, fighting against the Empire. One of their members, Miru Nadrinakar, attempted to warn them of an upcoming crackdown.[29]

Rise of the New Republic

Following the Battle of Endor in 4 ABY, the bounty hunter Dengar tried to offer Mercurial Swift the opportunity to work in a partnership. However, the younger bounty hunter refused and the two men fought. Dengar warned Swift that the New Republic, the successor to the Alliance to Restore the Republic, would be imposing bounties on bounty hunters and that bounty hunters needed to form a union to work together. However, Swift ignored his advice.[7]

In 5 ABY, the dark side cult Acolytes of the Beyond recruited a low-class Corellian Pantoran girl named Kiza. The Acolytes worshiped the Sith and the dark side.[22] That year, the Acolytes staged an attack on Coronet City so that Kiza and a boy named Oblivion could infiltrate the Peace and Security Headquarters and steal a Sith lightsaber from the archives beneath the prison. In the process, Kiza killed numerous Peace and Security officers while Oblivion severed detective Erno's blaster hand.[30]

In the months leading up to the Battle of Jakku, there was closer cooperation between the New Republic and Corellian law enforcement. Coronet City Peace and Security began linking its records to the growing New Republic database. This allowed Norra Wexley and her team to track down the bounty hunter Swift.[22]

At some point, the First Order had a presence on Corellia. Around the time of the mission to Batuu, the smuggler Hondo Ohnaka led a raid against a First Order cargo train, using the Millennium Falcon to steal a shipment of coaxium from the train and deliver it to the Resistance.[17] By 35 ABY,[31] however, Corellia was in open rebellion against the First Order.[32]

Corellia has appeared in several spin-off media, including both Star Wars Legends and canon works, before making its first onscreen appearance in the 2018 Star Wars Anthology film Solo: A Star Wars Story.[8]

In the DVD commentary of Solo, set decorate Lee Sandales revealed that the film's crew pictured Corellia as the Star Wars version of Venice, Italy, specifically an "industrial" Venice. Filming of Corellia scenes took place in Southampton, England. Additionally, during the film's development, Lucasfilm Ltd. design supervisor James Clyne was asked by the filmmakers to design a complete map of Corellia for the chase scene. Clyne did so, and he drew designs too for other locations, such as the Death Star and Cloud City.[33] 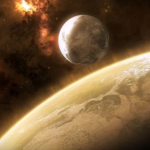 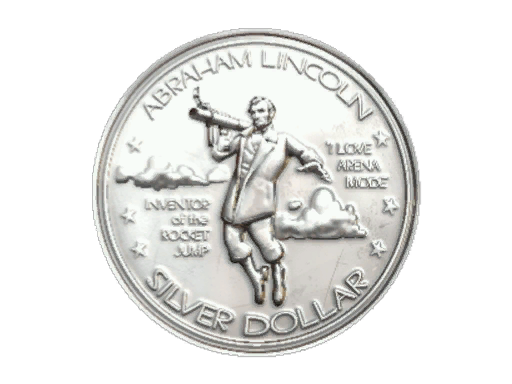