Wookieepedia
Register
Don't have an account?
Sign In
Advertisement
in: Real-world articles, Star Wars: Edge of the Empire sourcebooks

At the Edge of the Empire™, you can find yourself pitted against an array of deadly enemies bent on your destruction. When negotiations fail, make sure you're prepared to shoot first with Dangerous Covenants!

This rules supplement for Star Wars®: Edge of the Empire™ expands the Hired Gun career with specializations, new talents, and more. All players will find new character, vehicle, and equipment options, aiding in their experiences on the fringe. GMs can also find new tools helping them craft memorable and exciting combat encounters. 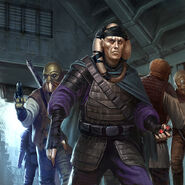 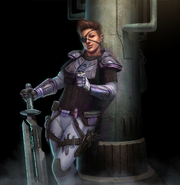