5 BBY[1]
Ezra's Wookiee Rescue is a publication from Disney–Lucasfilm Press, released on October 21, 2014. The book coincides with the animated series Star Wars Rebels. It uses voices and sound effects from the film Star Wars Rebels: Spark of Rebellion, and is narrated by Nolan North.

When a group of Wookiees is captured and enslaved by the Galactic Empire, it's up to Kanan, Ezra, and the rest of the rebels to save them! Follow along with all the action in this book-and-CD set, featuring thrilling sound effects, word-for-word narration, and real character voices. 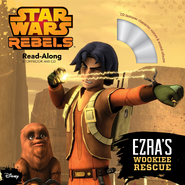 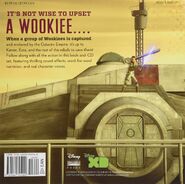 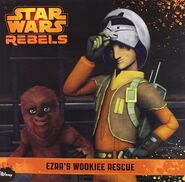 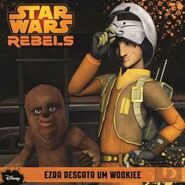 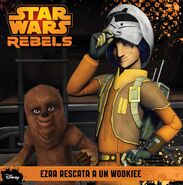 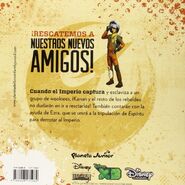 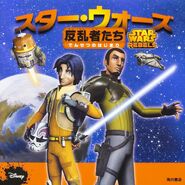