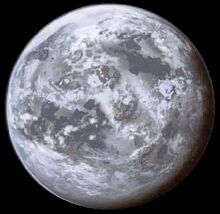 Factory worlds, also called foundry worlds or industrial worlds, were planets that contained massive factories or other type of industrial landmases on their surfaces. They were often rich in minerals such as iron, but from an environmental perspective were heavily polluted, where such things like acid rain were a frequent phenomenon. Nevertheless, a lot of factory worlds usually held large populations of inhabitants and economically were known as major centers of trade and manufacturing throughout the galaxy.

Factory worlds were used by the Confederacy of Independent Systems around the time of the Clone Wars to produce countless battle droids for their army. Geonosis was one such factory world, as was Metalorn, which came under Imperial control in the time afterwards. The Confederacy attempted to make Utapau into another of their factory worlds, by constructing self-replicating Techno Union factories that could gradually turn an entire world into an industrialized wasteland of assembly lines and refineries.[1] The Republic invasion halted those plans.[2]

In some cases, like Kol Huro, entire systems were geared towards manufacturing only. Several galactic sectors were heavily industrialized, with factory worlds spread throughout them. Most notable were the Kuat, Corellian and Humbarine sector.[3] During the Galactic Civil War, the planet Balmorra was an important factory world for the Imperial Army, being the prime manufacturer of the AT-ST walker.[4]

In other languages
Retrieved from "https://starwars.fandom.com/wiki/Factory_world?oldid=8311905"
Community content is available under CC-BY-SA unless otherwise noted.