You are traveling to Fex, which might be the richest new discovery for biotech in decades.Fayet Kelen

Fex was a moon located in the Deep Core orbiting the planet Sha Qarot. It was once considered but later rejected as a location for a Rebel Alliance base.

Fex was a moon of Sha Qarot that orbited a red star. The moon had an unusual purple landscape ranging from pale lavenders to deep violets. High silica and mineral content in the soils resulted in crystal structures. Many of the herbivorous creatures that lived on Fex possessed crystalline spikes growing around their heads or on their backs. Some species could even withdraw their heads into a highly armored body cavity. The spikes evolved to protect their wearers from Fexian skullborers, brain-sucking predators that lurked in the trees above.[1] 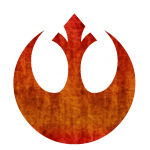 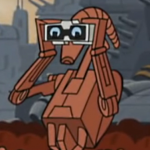