9781368003537
Galactic Adventures Storybook Collection is a compendium of eighteen Star Wars young-reader tales, adapted from stories previously published by Disney–Lucasfilm Press and Marvel Comics. It was released on October 2, 2018.

The timeline at the beginning of the book places the story "Size Matters Not" after Star Wars: Episode I The Phantom Menace.[3] However, since Qui-Gon Jinn, who died in The Phantom Menace,[4] appears in the story, it is actually set before the movie. 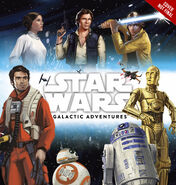 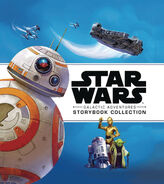 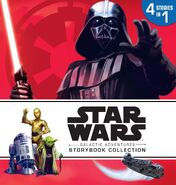 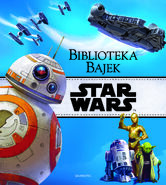