Luke and the Lost Jedi Temple

Luke and the Lost Jedi Temple

0 ABY[3]
Luke and the Lost Jedi Temple is a young readers book written by Jason Fry and published by Disney–Lucasfilm Press. The book adapts The Weapon of a Jedi: A Luke Skywalker Adventure, one of Fry's earlier books, and it features a painted art style with stickers first revealed at Celebration Europe.[1] The book comprises 24 pages, and was published by Disney–Lucasfilm Press on November 1, 2016.[2] The story was later republished as part of the young-reader story collection Galactic Adventures Storybook Collection on October 2, 2018.[4]

On the title, Fry stated "I really like pushing myself in a new format that I've never tried before. I'm really excited and I hope kids out there will be too."[1]

Originally announced for October 11, 2016, the title was delayed instead to November 1. 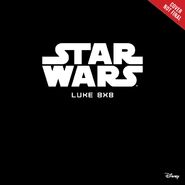 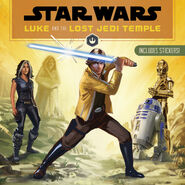