Nova-Drive was a small manufacturer in the Mid Rim that specialized in license-built starships and built modified versions of ships for niche markets. It sold most of its small range of freighters in systems along the Rimma Trade Route.

One of their major products was the 3-Z light freighter, a slightly upgraded YT-1200 light freighter built under license from Corellian Engineering Corporation. It began making this model a few months after its lisencor stopped building them in favor of newer products. Though CEC felt the line had become too old for continued production, Nova-Drive saw an chance to upgrade the design to compete with it in the independent spacer market. 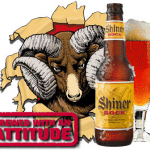