This article is about the government. You may be looking for the West End Games article.

"The New Republic is still merely the Rebellion, thinly disguised as an official entity. They are outlaws, and they will continue to think and do as such. In the Pentastar Alignment, there will be no tolerance for any Rebel insurrection."
―Grand Moff Ardus Kaine[src]

The Pentastar Alignment, also known as the Pentastar Alignment of Powers,[4] was a political conglomerate in the Outer Rim formed in what was the "Velcar Free Commerce Zone" and had established itself from the scattered Galactic Empire in 4 ABY after the Pentastar Talks and sought not to join the newly-formed New Republic and be left alone without interference from it.

In 8 ABY, the Pentastar Alignment contributed some forces to Grand Admiral Thrawn, who was the Imperial leader at the time, but did not formally join him during his campaign in 9 ABY. One year later, the resurrected Emperor Palpatine began to reunite various Imperial splinter factions and allied states, as part of pre-Operation Shadow Hand, in an effort to topple the New Republic. The Pentastar Alignment allied with Palpatine's resurrected clone. However Kaine was killed by the Republic during the campaign over the planet Palanhi.

The Pentastar Alignment was annexed by the Imperial Remnant in 12 ABY.

"The New Order has never fallen. Only the Emperor. … The Emperor may be dead, but the Empire lives on!"
―Ardus Kaine, Pentastar Talks[src]

After the death of Emperor Palpatine during the Battle of Endor in 4 ABY, the Galactic Empire fragmented into many pieces. Instead of trying to keep control of the complete Outer Rim, Grand Moff Ardus Kaine, who had earlier replaced Grand Moff Tarkin at the head of the Oversector Outer, concentrated his forces in fourteen sectors of the New Territories.[2]

Kaine used his personal Executor-class Star Dreadnought, the Reaper, for some none-too-subtle intimidation as a venue to hold talks with representatives of multiple star systems and five major Imperial corporations.[1] The talks were successful, and the Pentastar Alignment was founded in 4 ABY.[3]

In 8 ABY, Grand Admiral Thrawn returned from the Unknown Regions in a last-ditch attempt to reunite and consolidate the faltering Empire. The Alignment contributed some forces to Thrawn's efforts but did not formally join him,[2] preferring to continue its militarization in anticipation of conflict with the New Republic.[5]

One year later, the resurrected Emperor Palpatine began to reunite various Imperial splinter factions as part of Operation Shadow Hand, an effort to topple the New Republic. The Emperor was more successful than Thrawn in recruiting Kaine, and the Pentastar Alignment forces eventually attacked the New Republic. Joining Thrawn's remnant forces, Ardus Kaine made a successful campaign against the New Republic forces, winning a dozen victories until penetrating the Core Worlds. However, the conflict was a failure, with Kaine killed and Palpatine defeated for the last time.[2]

Annexation by the Imperial Remnant[]

The Pentastar Alignment was annexed by Admiral Gilad Pellaeon in 12 ABY, becoming part of the Imperial Remnant. The Reaper became Pellaeon's flagship until its destruction at the Battle of Celanon in 13 ABY.[2] Before 19 ABY, Kaine's homeworld Sartinaynian—renamed Bastion—became the Imperial Remnant's capital, remaining thus for over a century.[6]

An Empire-in-miniature, the Pentastar Alignment nevertheless differed in organization, as it was administratively split in two: "Order" and "Enforcement". Order comprised the Politorate, Insurrection, Judgment, and Protectorate branches.[1]

The Alignment utilized the services of several former Inquisitors in its Judgment branch. They were known as the Great InQuestors of Judgment and included the Dark Jedi Jerec among their roster.[7]

Enforcement was the primary military of the Alignment, which included the Pentastar Patrol police force (which would design, along with Kuat Drive Yards and Sienar Fleet Systems, the Enforcer-class picket cruiser).[1]

The Alignment largely maintained an isolationist position, and sought to be on peaceful terms with all parties. This lead to the New Republic reciprocating and largely ignoring the Alignment[2]; although pirates and mercenaries such as the Red Moons continued to harry the Alignment.[5] 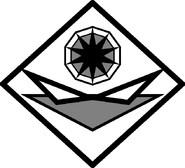 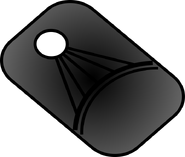 The Alignment was made of fourteen sectors and held the allegiance of hundreds of planets.[2] Many of the planets were part of the former Confederacy of Independent Systems, including the "Velcar Free Commerce Zone" (containing Capza, Entralla, and Bextar)[1] and the worlds Jaemus,[8] Cantras Gola,[5] Gabredor III,[5] Bescane, and Criton's Point.[1]