Poe and the Missing Ship

Poe and the Missing Ship

31 ABY[3]
Poe and the Missing Ship is a canon young-readers adaptation of Resistance pilot Poe Dameron's portion of the 2015 book Before the Awakening by Greg Rucka. It was written by Nate Millici and published by Disney–Lucasfilm Press on January 17, 2017. The story was later republished as part of the young-reader story collection Galactic Adventures Storybook Collection on October 2, 2018.[4]

When Poe Dameron and his faithful droid discover that the First Order has captured a civilian ship, their lives are turned upside down!

While patrolling with his squadron, Commander of the New Republic Navy Poe Dameron and his faithful droid BB-8 received a distress signal from a ship called the Yissira Zyde. Poe's squadron decided to investigate the mysterious signal. Upon arrival they found the ship under attack by First Order TIE fighters. The resistance squadron was able to make quick work of the TIEs, but the Yissira Zyde slipped into hyperspace before Poe could reach it.

Poe and his squadron returned to command to report their findings, but they were told to not interfere with the First Order any further. Going against his orders, Poe returned to his X-wing and made the jump to hyperspace. He eventually found the Yissira Zyde, once again surrounded by First Order forces. This time the entire fleet had massed on the mysterious ships location. Using the element of surprise, Poe charged at the First Order fleet while BB-8 searched for the lost ship's signal. BB-8 soon discovered that the ship was parked inside one of the the Star Destroyers. What's more, the Yissira Zyde was carrying a large amount of powerful weapons in its cargo hold.

Being heavily outnumbered, Poe left the battle and returned to command to inform his superiors of what he discovered. He was greeted by Major Ematt, who escorted Poe to a stand-alone bunker. General Leia Organa was waiting when he arrived. Poe eagerly told Leia about the missing ships and the weapons that it was carrying. She was pleased with his willingness to go against orders when pursuing the First Order. Leia extended an invitation to Poe and his squadron to join the growing Resistance to the First Order. They gladly accepted the opportunity to fight the growing menace in the galaxy. 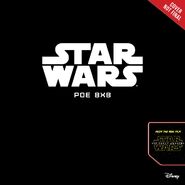 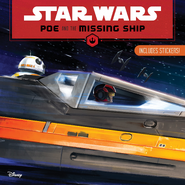 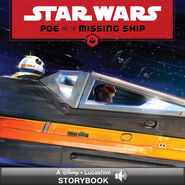