Redemption and Return
Press the Attack is the fifth Force Pack in the Endor cycle for Fantasy Flight Games' Star Wars: The Card Game. It was released on May 12, 2016.

“It was I who allowed the Alliance to know the location of the shield generator. It is quite safe from your pitiful little band. An entire legion of my best troops awaits them.” –Emperor Palpatine, Star Wars: Return of the Jedi

After meeting and forging their alliance with the Ewok tribes, the brave Rebel heroes prepare to lead their elite strike team in the final assault on the shield generator. If the Rebels accomplish their goal, the shield that protects the Death Star will fall, leaving it open to an interior assault by Rebel fighters. If the Rebels fail, however, the Death Star will be impregnable and its fully operation superlaser will combine with the Imperial fleet to inflict massive losses on the Rebel Alliance.

As part of the Endor cycle for Star Wars: The Card Game, Press the Attack invites you to experience the climactic events of Return of the Jedi as you reenact the movies or create your own stories. Within this Force Pack, you'll find a renewed focus on Endor objectives as the Ewoks join the Rebellion's efforts to infiltrate and sabotage the shield generator. You'll also gain the aid of additional Ewoks with C-3PO or battle your foes as the dark side Force user, Maw. As the Battle of Endor intensifies, lead your forces forwards with Press the Attack. 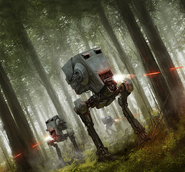 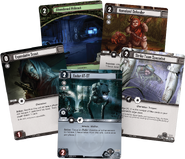