Wookieepedia
Register
Don't have an account?
Sign In
Advertisement
in: Real-world articles, Quotes with obsolete sourcing, Star Wars: Edge of the Empire

"This bounty hunter is my kind of scum, fearless and inventive."
―Jabba the Hutt[src]

The universe of Star Wars: Edge of the Empire is full of smugglers, explorers, pirates, crime lords, and mysterious bounty hunters, and if you want to survive, you'll need quick wits and a good blaster… 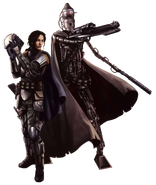 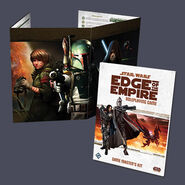