For other uses, see Commander (disambiguation).

Originally conceived as a 2-D strategy game, LucasArts scrapped the overall design after its first public viewing at the 1998 Electronic Gaming Expo.

Deciding to pursue a 3-D version, LucasArts licensed a game engine from Ronin Entertainment and recreated the game from scratch. The game was jointly developed by both companies, using Ronin's engine and programmers, partnered with LucasArts' project leadership, designers, and artists. As the first Star Wars entry into the then-flooded RTS market, fans eagerly anticipated Force Commander. Upon release, Force Commander received a mixed critical and fan reception. Some reviewers were excited by the game's story and original gameplay elements, while others cited the game's graphics and camera usage as its main problems.

The game's action runs from immediately before the Battle of Yavin through the Battle of Coruscant. The player takes on the role of Brenn Tantor, an Imperial commander who later defects to the Rebel Alliance.

Game features include over 40 different unit types, 24 campaign missions and 27 multiplayer missions, 12 3-D environments, and remixes of John Williams's original Star Wars scores as music. Following a trend of its contemporary RTS titles, Force Commander eschewed the standard resource management system. Instead, the player gathers "Command Points" to grow his or her force.

The game interweaves its story through the events of Episodes IV through VI, sometimes intersecting with known Star Wars events, while telling an original Star Wars story. It is shown from the point of view of a young officer in the Imperial Navy, Brenn Tantor, who begins as a stormtrooper, but soon enough is given his own command. The first task (from the training missions) is to search for an escape pod that landed on Tatooine, and then track the droids that were inside - which is a reference to the opening scenes of Star Wars Episode IV when C-3PO and R2-D2 escape Imperial clutches via an escape pod which crashes on Tatooine.

The main character is loyal to the Empire for the first half of the game, until his brother, Dellis Tantor discovers that the Empire killed their father. Dellis is imprisoned by the Empire for revealing this information. Brenn defects to the Rebel Alliance and proceeds to fight his former commanders. As well as the Tatooine training missions, the player participates in the Battle of Hoth (from the Imperial point of view) and the Battle of Endor (as a Rebel). The game ends with the battle to capture the Imperial Palace on Coruscant, and ultimately the liberation of Dellis. 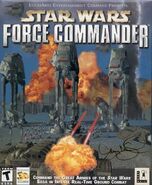 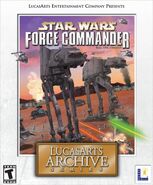