"Even among its interactive peers, "The Old Republic" is touted as a leap forward. Much as the first "Star Wars" movie in 1977 changed history, its makers hope to create a new gold standard for gaming."
―Ben Fritz and Alex Pham for the Los Angeles Times, January 20, 2012[src]

The Old Republic does not dramatically diverge from traditional MMORPG gameplay. Players control an avatar in third-person view, interacting with the various elements of the game world and other players, and will have their own starship as an in-game base. It has also been revealed that player versus player combat (PvP) will occur in warzones, either Jedi vs. Sith or Republic vs. Empire.[1] However, BioWare intends to put a large emphasis on the story element of the game, something that the company feels is lacking in other MMORPGs. New characters are required to choose to align with one of two factions waging war on each other—the Galactic Republic or the Sith Empire.[9] Several gameplay elements differ between the factions, such as story and available classes.[9]

The game features the following planets and moons:[10] 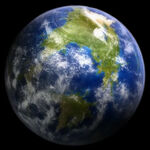 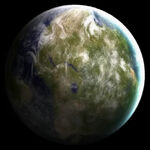 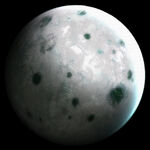 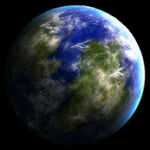 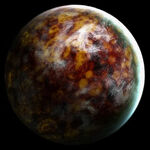 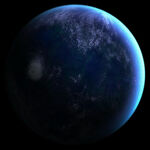 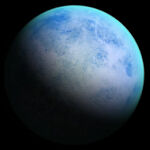 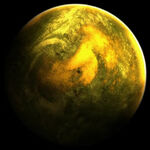 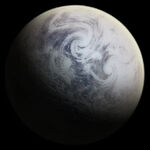 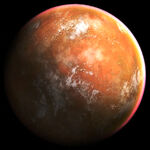 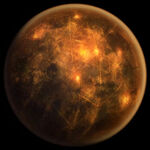 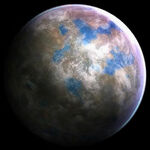 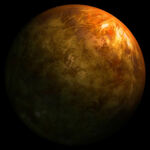 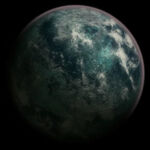 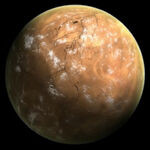 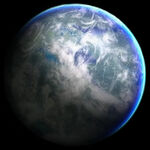 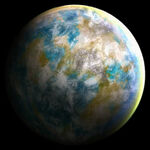 Voss
Add a photo to this gallery

Twi'lek[17]
Zabrak-TOR.jpg
Zabrak[18]
Add a photo to this gallery

Each faction has four classes to choose from. Each class can specialize into two advanced classes, giving a total of sixteen variations.[19]

This list includes all the known companion characters, and the class to which they are attached.

BioWare began development on The Old Republic in December 2005[38] at a satellite studio in Austin, Texas constructed primarily for the project.[39][40] By January 7, 2007, Electronic Arts completed its acquisition of BioWare/Pandemic for $860 million, in a move motivated by hopes of expanding into the MMO genre of video games.[41][42] In the following months, rumors persisted about the development of a new Knights of the Old Republic video game, spurred on by leaks from within BioWare[43] and LucasArts[44] and the registration of "Star Wars The Old Republic"[45] and "The Old Republic"[46] as LucasArts trademarks. During the E3 2008 expo, Electronic Arts executive John Riccitello confirmed that the MMO would be connected to the Knights of the Old Republic series of video games.[47] On October 7, Lucasarts and Bioware released an invitation to the press to attend an event on October 21 about "the game that has been rumored about for years."[48] At the event, the official press release was finally published.[6] Drew Karpyshyn will also help with the production of the game as he is moving to Austin, Texas where the game is being designed. On September 29, 2009, after the website was down for almost a day, it had been announced that they would be accepting applications for game testing. The procedures include accepting the terms and agreements, basic information and a system scan of the computer you would be using to play the game.

The 3:53 minute cinematic trailer for Star Wars: The Old Republic, titled "Deceived," was released on June 1, 2009 and is the first of its kind for a Star Wars video game. It was directed by Dave Wilson and despite appearances, was not developed by ILM but in fact by Blur Studio on behalf of BioWare and LucasArts. Narrated by Darth Malgus, the trailer depicts the infiltration of the Jedi Temple by the Sith during the Sacking of Coruscant. An epic battle ensues in which the Jedi are defeated by overwhelming Sith numbers who have allied with both Mandalorians and bounty hunters. The Jedi Temple is summarily destroyed and Coruscant falls.

Fight choreography and motion capture were externally utilized during the creation process while the soundtrack was mixed at Skywalker Sound.[49] The use of concept artwork provided by BioWare together with high-res models of the Jedi Temple and spacecraft from Industrial Light and Magic (ILM)[49] allowed Blur to authentically create a believable trailer firmly rooted in the Star Wars universe. Numerous John Williams themes from the classic and prequel trilogy have been interwoven to create the trailer score. It relies heavily on the themes present in Star Wars Episode III: Revenge of the Sith as well as a few cues present in Knights of the Old Republic and its sequel, The Sith Lords.

The trailer has been highly praised by both those in the industry as well as by the fans for its technical and aesthetic achievements as well as its creative storyline depiction.[50] However, much debate and criticism has stemmed from the trailer as well.[51][50] Many have viewed the trailer, being depicted in a time period almost 4000 years prior to the events of A New Hope, as possessing technology and locales too similar to those depicted in the films. This may in fact be a result of the seeming confusion of LucasArts' own marketing manager Roger Evoy’s belief concerning when the game’s events actually take place:[49]

"[The video games are] set between the two trilogies. Based off some of the inspirations we got from BioWare [the games’ developer], we were able to develop new combat styles and storylines that as far as the Star Wars universe was concerned, were really new and fresh—we’ve never seen a Jedi temple get its butt kicked like this.”"
―Roger Evoy[src]

Bioware released three versions of the game; a Standard edition, a Digital Deluxe edition and a Collectors edition. Pre-ordering any three of these give the player early access to the game, plus a color stone that will change the color of his lightsaber blade and blaster bolts to a black color with a yellowish glow. Each version also comes with 30 days free game time. The standard edition, if not pre-ordered, just comes with the game and the 30 days free.

The Digital Deluxe edition is Origin exclusive, and comes with everything a standard edition gets, plus:

The Collectors edition comes with everything the standard edition gets. It also comes with:

Rise of the Rakghouls, or Game Update 1.1, was the first regularly-scheduled content update of Star Wars: The Old Republic. Though originally scheduled for release on January 17, 2012 it was released the following day on January 18, 2012.[53][54]

Update 1.1 introduced a brand-new level 50 flashpoint mission, Kaon Under Siege. The central story-based game addition in this update, Kaon Under Siege is set on Kaon, a small world in the Tion Hegemony, as it's beset by an outbreak of the dreaded Rakghoul plague.

The mission involves landing on Kaon and fighting through waves of Rakghouls, in order to determine who or what is behind the deadly outbreak.[56]

Legacy, or Game Update 1.2, was the second regularly-scheduled content update of Star Wars: The Old Republic. After significant pre-release promotion, Legacy was released on April 12, 2012.[57]

The galaxy is in turmoil. War rages across countless worlds as Republic and Imperial forces struggle for control of critical resources. Amidst the chaos, threats emerge from all sides. The planet Denova, known for its extensive deposits of baradium ore, has been seized by a band of mercenaries and veteran Imperial defectors with mysterious motives. If they are not dislodged, the explosive arsenal they can create will give them the power to destroy any armed force – Republic or Imperial. On Corellia, a corrupt councilor attempts to maximize hypermatter profits by playing both sides of the conflict, and the crazed mastermind behind the Rakghoul outbreak, discovered on Ord Mantell, continues to threaten the lives of all sentient beings in the galaxy…[57]

A sequel story to 1.1's Kaon Under Siege, Lost Island revisits the story of the outbreak of the Rakghoul plague on Kaon. Having learned that the outbreak was the fault of one man, Dr. Lorrick, the player must now travel to Ord Mantell to confront the mad scientist.[58]

A brand-new level 50 Operation mission, Explosive Conflict follows up on the story told in previous Operation mission Karagga's Palace. Legendary warlord Kephess, having united armies under his rule, has declared Denova independent and under his rule. The player must travel to Denova to challenge Kephess and his mercenary soldiers, to try to control Denova's resources for either the Republic or the Empire.[59]

Novare Coast is another brand-new addition to the game, set in a similar locale to the Explosive Conflict Operation addition. In the player-vs-player Novare Coast, players must battle for three mortar turrets targeting a strategically-important beachhead on Denova.[60]

This is a gallery of the different cover variations of Star Wars: The Old Republic.

Collector's edition
Add a photo to this gallery

Wookieepedia has 684 images related to Star Wars: The Old Republic.
In other languages
Retrieved from "https://starwars.fandom.com/wiki/Star_Wars:_The_Old_Republic?oldid=3991068"
Community content is available under CC-BY-SA unless otherwise noted.