Star Wars: The Secrets of the Jedi

For other uses, see Secrets of the Jedi (disambiguation).

Star Wars: The Secrets of the Jedi

The book is very similar to Star Wars: Droidography, an in-universe reference book covering the history of droids from the perspective of the B1-series battle droid "R0-GR."[2] Originally announced as the similarly named "Star Wars: Jediography," The Secrets of the Jedi is also meant to represent an in-universe text, being portrayed as a guide to the Jedi Order from the perspective of Jedi Master Luke Skywalker during the events of Star Wars: Episode VIII The Last Jedi.

Discover the world of Star Wars' Jedi through this fun and fully interactive reading experience. 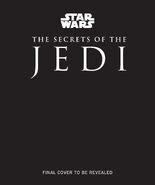 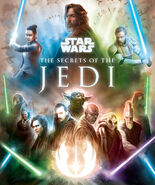