Journey to Star Wars: The Rise of Skywalker

Star Wars: The Ultimate Pop-Up Galaxy is a canon pop-up book that adapts the events of the Star Wars saga. It was written by Matthew Reinhart, illustrated by Kevin M. Wilson, and published by Insight Editions on October 22, 2019, as part of Journey to Star Wars: The Rise of Skywalker.

From the war-torn battlefields of the Clone Wars to the rebels' last stand over the Death Star and the Resistance's climactic clash with the First Order on Crait, this one-of-a-kind pop-up book takes fans on a unique interactive adventure that brings the Star Wars saga to life in a whole new way.

Featuring the most iconic moments from the entire saga rendered as ingenious pop-up creations, Star Wars: The Ultimate Pop-Up Galaxy allows fans to interact with the action, launching rebel snowspeeders against AT-AT walkers, helping the Millennium Falcon escape First Order pursuers on Jakku, and more. Presented in a dynamic 360-degree format that enables the action to be viewed from all sides, the book also opens up to form a displayable 3D diorama of the entire saga.

Packed with amazing Star Wars moments and hidden surprises to discover, Star Wars: The Ultimate Pop-Up Galaxy represents a whole new level of sophistication and interactivity in pop-up books and is guaranteed to thrill fans of all ages. 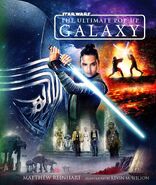 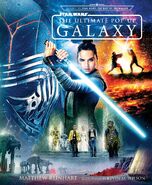 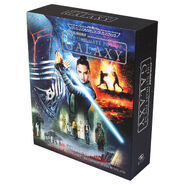 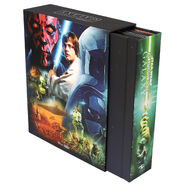 Full cover art
Add a photo to this gallery

In other languages
Retrieved from "https://starwars.fandom.com/wiki/Star_Wars:_The_Ultimate_Pop-Up_Galaxy?oldid=10294792"
Community content is available under CC-BY-SA unless otherwise noted.