For other uses, see Star Wars Year by Year.

Produced in full collaboration with Lucasfilm and written by renowned Star Wars experts, Star Wars Year By Year: A Visual Chronicle provides a unique timeline of every facet of Star Wars history, as well as the saga's impact on popular culture and world events.[1] 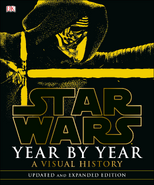 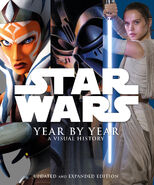 In other languages
Retrieved from "https://starwars.fandom.com/wiki/Star_Wars_Year_By_Year:_A_Visual_History,_Updated_and_Expanded_Edition?oldid=10226340"
Community content is available under CC-BY-SA unless otherwise noted.