The Doomgiver was not a mighty capital ship, just an unusual transport. The bottom of the ship wasn't even solid, but made up of many detachable landing pods. After its shields were dropped by Kyle Katarn, Rogue Squadron, not a full fleet, was able to defeat break through its defending TIEs and destroy the ship. I'm also not sure if this thing was bigger than an Imperial-class Star Destroyer. I remember someone at the theforce.net forums once scaled it to about 750 meters, using a concept art picture that showed the number of pods it carried, along with a key comparing the size of a pod to an X-wing. However, I wasn't sure if the concept art was the same as the final product. I planned to compare the size of the pods in the game to AT-STs, which are a known size, and then count the number of pods during the cutscenes. However, I lost my Jedi Knight II game, so I can't do any analysis myself now. Can someone else with the game attempt to calculate the size of the Doomgiver? JimRaynor55 11:57, 1 Jun 2005 (UTC)

It is supposed to be comparable to an Executor-class commandship. The ocncept art is erroneous, and some say that smaller pods are in the main pods. Aldo, Kyle Katarn says that the ship is "big" (he infiltrated Executor and Arc Hammer, two HUGE ships, and Rogue Leader (Wedge Antilles) says that ths ship is big also (coming from the guy who attacked BOTH death stars, Executor-class commandships (the Lusankya, and the Reaper). It's huge, but the video people messed up the scale

The Doomgiver should be in this category (I don't know why you guys took it out), since it's the only known representative of its ship class. JimRaynor55 18:16, 17 Dec 2005 (UTC)

I dont know, this thing seems to have a well off complement of anti-fighter guns.

In the Outcast game, its gun could well off take out a TIE Fighter in one or two shots (Cant remember, considering I havent played the game in awhile.)

I say it is a Capital ship.

What type of ship Edit

If you read my post in the Star Destroyer discussion, I asked the question.

So, is this a Star Destroyer, an Escort Carrier, or a Transport? -- Captain Neo Exelor

The Doomgiver has never been referred to as a Star Destroyer AFAIK. It's not even a real warship, just an unusual transport for landing pods. JimRaynor55 12:12, 19 January 2007 (UTC)

I am in agreement about the comparisons. In the star wars universe destroyers are larger than cruisers while the reverse is true IRLSargeLIVES 02:13, 30 January 2008 (UTC)

Could it be suggested... Edit

That the Doomgiver had more than one Bridge? The vessel was able to leave port and navigate into hyperspace while Kyle was on the bridge - to my knowledge of the game, there were no Imperials on the bridge at the time.

This could also be a testament to its large size, suggesting it is a Super-Star Destroyer. As posted above, Wedge said it was huge, when he KNOWS what huge is. Also, it is the flagship of a Admiral, which would provide more proof.

Should These be added? Edit

Should these be added?

Also, I propose that the picture that compares the pod with the X-Wing and the Pods with the Doomgiver cannot be used as evidence of size. Notice, that, look.

HERE, it stretches only hallf the ship, and there are some weird thrusters. http://www.imperialbastion.ru/empire/sd/sd/doomgiver_sketch.jpg

HERE, though, the pods stretch the entire ship and the weird thrusters arent there. http://www.imperialbastion.ru/empire/sd/sd/doomgiver4.jpg

I second that the scale has a high potential for difference as the ship underwent some significant changes to its front side orientation scale may also be posible. In addition the fighters seem "stubby" in the comp.SargeLIVES 02:26, 30 January 2008 (UTC)

Added some more info based on seeing the game in action, also, the ship has more deck levels than on a regular Star Destroyer, given the outside view. It also has engine banks reminicent of the Executor and the Rogue Leader, Wedge, thinks its quite big, given his comment to Kyle. VT-16 13:44, 20 November 2008 (UTC) 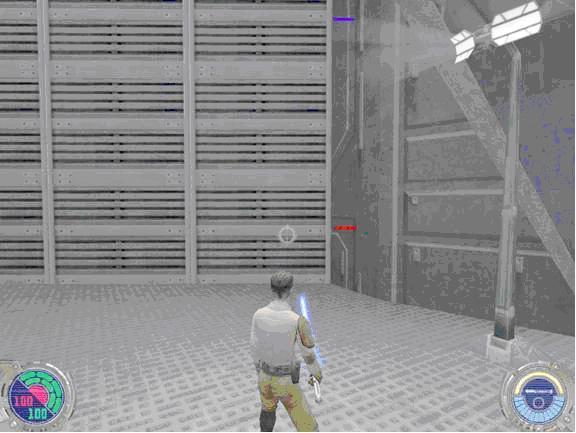 Comparing the latter to the pod size. 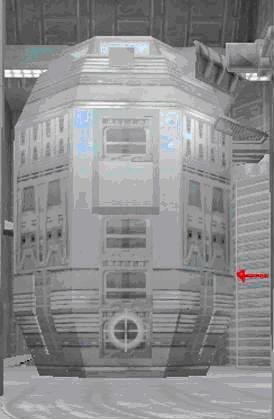 Comparing the pod to the ship.

You are welcome to check yourself, but I get something like 500 meters.

This comment in the article is just silly. When Katarn presses the bay doors button, it opens the doors and deactivates the magnetic fields. But before he presses the button, the field is plainly visible. 98.233.34.132 00:45, 1 July 2009 (UTC)

The console to open the bay doors is even clearly divided into two control panels thar are activated with one "push", one normal console for the level, and a console with blue indicators that appears to go with the magnetic containment fields. That notation about the Doomgiver lacking magnetic containment fields should be deleted from the article. I just finished that level yesterday. --Rouge 2

Retrieved from "https://starwars.fandom.com/wiki/Talk:Doomgiver?oldid=7224287"
Community content is available under CC-BY-SA unless otherwise noted.