The Art of Star Wars: The Clone Wars

This article is about the 2009 art book.
You may be looking for the booklet included in The Clone Wars Collector's Edition boxed set.

The Art of Star Wars:
The Clone Wars

Star Wars: The Clone Wars, the blockbuster 3D animated movie and TV series, covers events between the live-action movies Attack of the Clones and Revenge of the Sith and features characters and events previously unseen anywhere else in the Star Wars saga, alongside Anakin, Obi-Wan, Yoda and Mace Windu. This full-color book is bursting with final images and development artwork for characters, creatures, planets and vehicles, covering every aspect of the creation of the hit movie and TV series, accompanied by comment from the creative team. With a Foreword by George Lucas and packed with previously unseen artwork, this book is a must for fans of "Star Wars", cutting-edge animation and beautiful artwork. 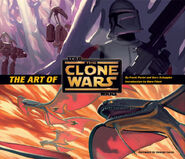 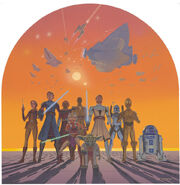 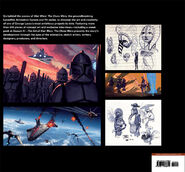