Wookieepedia
Register
Don't have an account?
Sign In
Advertisement
in: Real-world articles, Media without referenced publication dates, Quotes with obsolete sourcing,
and 3 more

The Further Adventures: Planet of the Hoojibs

Planet of the Hoojibs was a book-and-record in the Star Wars: The Further Adventures series. It was an adaptation of Star Wars (1977) 55 by David Michelinie. The book featured new artwork by Greg Winters. It was a part of Buena Vista Records' Read-Along Adventures series and was produced by Ted Kryczko.

Princess Leia Organa leads a survey team to the forest planet known as Arbra. It is her hope to establish a permanent Rebel Alliance base of operations after having been forced to evacuate their previous outpost on Hoth. Leia's crew discover that the woods are inhabited by small, telepathic, rodent-like creatures known as Hoojibs. The Hoojibs feed off electricity, so during the evening, they scamper around the survey camp, draining all of the power away from the Rebels' equipment and weaponry. The following morning, Princess Leia encounters a Hoojib named Plif—the spokesmind for the entire Hoojib population. Plif explains that the Hoojibs thrive off electrical radiation and that they typically feed from a trove of geothermal crystals located in a nearby cave. However, they had recently been forced to abandon the cave due to the presence of a large, flying creature known as a Slivilith. Leia agrees to help Plif oust the Slivilith so that the Hoojibs can regain their food source and stop draining resources from the Rebels.

The Slivilith flies downward into the survey camp and begins attacking the Rebels. The officers are practically powerless due to the fact that their blasters no longer hold a charge. They herd the creature back towards its nesting grotto and keep it at bay by way of non-energy based melee weapons such as lances and pole arms. Chewbacca the Wookiee manages to grab the Slivilith by its tentacles and smash it down upon the power rod crystals, killing it. Grateful for their assistance, Plif volunteers to share the environs of Arbra with the Rebel Alliance. Leia reports back to the fleet that they have found a new permanent base of operations.

Meanwhile, Luke Skywalker has a conversation with Lando Calrissian. Lando has had concerns about the state of affairs in Cloud City on the planet Bespin ever since he voluntarily abdicated his position as Baron Administrator. Taking the Millennium Falcon, Lando excuses himself from the fleet and returns to Cloud City. 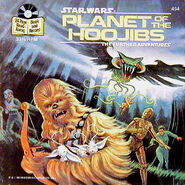 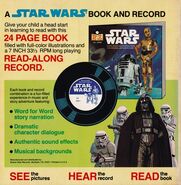 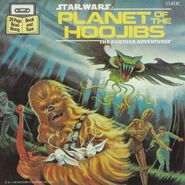