For other uses, see The Last Jedi (disambiguation).

The media includes music and dialogue from the film, and is narrated by Michael D. Hanks.

The title has also been released in an eBook format with accompanying audio, retitled as simply The Last Jedi Read-Along Storybook to reflect that the audio is not presented in a CD format. 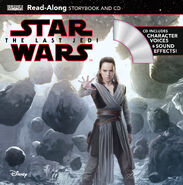 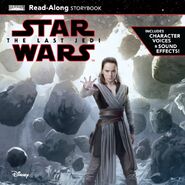