The Star Wars saga begins! Join Anakin Skywalker, Obi-Wan Kenobi, Queen Amidala and Yoda for one action-packed adventure after the next! This collection features 18 stories from the prequel Star Wars trilogy, beautifully illustrated by Star Wars artist Brian Rood. With foil on the cover, gilded pages, and over 250 pieces of both spot and full-page art, this storybook is a must-have for fans!

The Prequel Trilogy Stories was published on September 26, 2017 in the United States. The title, designed for readers ages 3-5, retells situations and events from films in the prequel trilogy.[1] 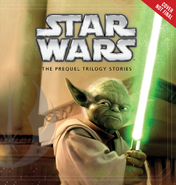 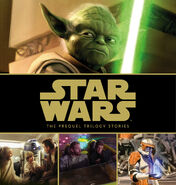 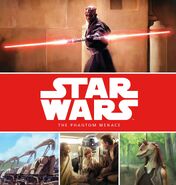 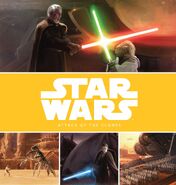 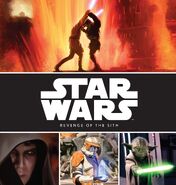