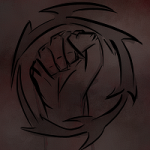 Generally very quiet, but I've spent an inordinate amount of time on Wookieepedia, reading, researching, be that for role playing, writing fiction or simply just for the pleasure of it. Corey Black is the name of the first Star Wars character I ever rolled, and have numerous times since, and his name became my nom de plume.

Typically speaking I stick to the Legends side of things, though I will say that some of the new material has a good deal of potential, even if it hasn't been realised. And even if I didn't think so, then no amount of addition would remove my love for what already existed.

Retrieved from "https://starwars.fandom.com/wiki/User:Corey_Black?oldid=7602248"
Community content is available under CC-BY-SA unless otherwise noted.