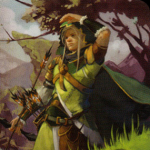 aka The Ocarina of Lore

Ocarina451, aka the Ocarina of Lore, and occasionally yelled at as Snips (yes, it's ANOTHER Ahsoka fangirl - hang on to your lightsabers, people!)

I will attack your redlinks and fearlessly turn them into blue ones.

I will attack your clankers and fearlessly turn them into scrap.

I will hunt down your uncategorized pages and slot them.

I'm generally a peacemaker. . . who believes in holding "agressive negotiations" when necessary.

I'm not above having a conversation with you. Visit my talk page to start one.

I'm an unashamed fanon author and artist. Visit my userpage on the SWFanon wiki to find out what I've created. (And yes, you will find all my userboxes there!)

I believe that the Jedi are good and the Grey Jedi are better. (And yes, I do spell gray with an "e". And I do link to Legends pages. 'S who I am.)

I'm an affirmed Legends Lover who thinks the Prequels were good and the Originals were better, but has lost all faith in the Sequel Trilogy. However, I see nothing too far wrong with The Clone Wars, Rebels or The Mandalorian. . . yet.

In real life I have several brothers. . . in Star Wars life I have several million. So know that if you try killing a clone trooper. . . anywhere within about a 5000 klick radius of me. . . you'd better say your prayers quick, ner vod, 'cause you aren't gonna get a second chance.

I know the value of family.

I honor my code. That's what I believe.

Some favorite tribute videos on YouTube, most of them accidental finds. Please don't watch them all at once as they will send you into emotional hyperspace. . . but like all good things in life they are awesome now and then:

I'm Only Rex by Mickley

Darth Maul Tribute - Will the Sun Ever Rise by Dylan Emery

Retrieved from "https://starwars.fandom.com/wiki/User:Ocarina451?oldid=8794362"
Community content is available under CC-BY-SA unless otherwise noted.