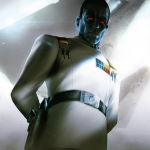 "There are things in the universe that are simply and purely evil. A warrior does not seek to understand them, or to compromise with them. He seeks only to obliterate them."
―Grand Admiral Thrawn[src]

Hello There! I'm Supreme Commander Raxus, or simply Raxus. I've been an addicted fan for Star Wars since I was a kid. I joined Wookieepedia for one major reason: It helped me expand my knowledge of Star Wars, I believe that Wookieepedia is the best Star Wars learning site and I wish to update, fix, and reorganize pages. I tend to focus on Imperial-related articles, to characters to everything related about the Empire. I'm not only a fellow Wookieepedian, but also a Fanoneer over at Star Wars Fanon Wiki. If you have a question, please go to my talk page. I'm currently a member on Wookiee Project Ambition. I do have an Instagram account, follow me @zacksromalski2021. Some of my favorite characters within Expanded Universe include; Mitth'raw'nuruodo, Gilad Pellaeon, Mara Jade, Revan, Durge, RC-1138 "Boss", Jaina Solo, Darth Caedus, Zsinj, and Kyle Katarn. My two favorite villains within the franchise is Palpatine, and Thrawn. My favorite naval force within the franchise is the Imperial Navy, I do consider the Legends and Canon to be combined as one. This might be a silly thing to say, but one of my favorite things in the franchise is - cloning.

I'm a big fan of the Galactic Empire, just because how powerful their military is, just the sheer size, and how they achieved new weapons technologies. I also like the Galactic Republic, Imperial Remnant, Empire of the Hand, Dark Empire, Thrawn's Confederation, The First Order, Yuuzhan Vong Empire, Chiss Ascendancy, Eternal Empire, Zann Consortium, Confederacy of Independent Systems, Sith Empire, and the New Republic.

I do have other interests besides Star Wars, these include: Halo, Star Trek, Lord of the Rings, Marvel, Transformers, Aliens & Predator, D.C, Teenage Mutant Ninja Turtles, Pirates of the Carribean, and Planet of the Apes.

Contributed to by Me Edit

It's really a hard choice, but I'm going to say Luke Skywalker. I love Han Solo, Leia Organa, Obi-Wan Kenobi, or Ashoka Tano... but I'd have to say Luke. I've read some of the novels of Luke being a badass, which is one of many reasons I like about him, but it's mostly because Luke did one major thing; redeem Darth Vader, who was once the famous Jedi Knight Anakin Skywalker. Not only that, but Luke even destroyed the Death Star, by sending proton torpedoes done a small thermal exhaust port (RIP). I love how the Expanded Universe handled Luke during the Post-Endor Era, New Jedi Order Era, and the Legacy Era. All and all, Luke was a talented Force-sensitive, a military leader, and a caring person.

If I had to say, I'd have to chose Grand Admiral Mitth'raw'nuruodo, or simply Thrawn. What I exactly love about Thrawn, is his ability to study a culture's art, and use it a make a complex strategy to defeat that particular enemy. Not only does he study their art, but often he may study their own philosophy, and history if he was going to fight off a military commander within that particular foe. I love that he can't necessarily be a villain, as sometimes he can be sort of a hero. I like that in order to defeat an powerful enemy, you must bring order to the galaxy if you are to prepare to defeat that enemy before they come, hence the reason why he attacked the New Republic. Most importantly, he admires his own enemies when he faces them. Example, when he offered Nightswan (Nevil Cygni), a rebel leader a position to served within the Chiss Ascendancy, all because he admired Cygni's abilities. Lastly, I love that he isn't like Darth Vader, or Grand Moff Tarkin when it comes to skilled military leadership. Thrawn promotes creativity among the soldiers, officers, and pilots that serve under him. He doesn't do the "Vader Style" of punishment either.

NOTE: THE TOP THREE ARE THE SAME THING

NOTE: I pretty much like every single superweapon in Star Wars, these are just my favorites.

NOTE: These are my top ten.

"A fine addition to my collection"
―General Grievous

Retrieved from "https://starwars.fandom.com/wiki/User:Supreme_Commander_Raxus?oldid=9194662"
Community content is available under CC-BY-SA unless otherwise noted.