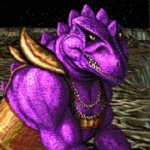 Hi, I'm Wardie1993, I support the Confederacy of Independent Systems and the Separatist Holdouts in their fight for freedom from the Republic/Empire, I agree that the Republic is corrupt and greedy, and that the Confederacy would be better off independent, I also believe that the Republic only cares about its more important members, that's why it's constantly ignored Jabiim during its troubles, when Jabiim begged the Republic for help, and shows little interest in Ansion itself. Not only that but it also backed Suribran Tu's tyrannical and murderous regime, which butchered his own people. For the Republic, which is supposed to based on democracy and freedom, to support such a totalitarian and bloody dictatorship is further evidence that it is stagnant, corrupt, and has forgotten its principals to exert its dominance over the galaxy, to the point of launching needless wars and fighting bloody battles to maintain its unopposed domination of the galaxy, regardless of the cost to its citizens or those it fights to conquer.

I also support others fighting for self-determination and freedom from the Republic and Imperial oppressors, such as the Mantellian Separatists, the Onderon Separatists, the Halcyon usurpers, the Jabiimi Nationalists, the Bryx Freedom Fighters and the New Plympto resistance.

I also support the Confederation against the Galactic Alliance, because I agree with Corellia.

Retrieved from "https://starwars.fandom.com/wiki/User:Wardie1993?oldid=8354621"
Community content is available under CC-BY-SA unless otherwise noted.