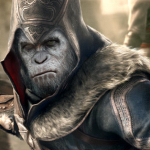 Hello, Alientraveller. When creating Canon articles, please make sure to verify that the article's title is indeed reflected in a new canon source. I notice you created the article Beru Whitesun Lars. However, as far as I can see, the character is never called "Beru Whitesun Lars" in any of the listed source material. It seems the defunct SW.com Encyclopedia and the new Databank only ever call her "Beru Whitesun" or "Beru Lars," the latter of which should be the name of the subject's Canon article. Toprawa and Ralltiir (talk) 20:46, July 10, 2014 (UTC)

I wasn't sure which one to go with so I felt it'd be uncontroversial to just have it be a split of the then-only article. Thanks for the heads-up, I should've just gone with the Databank. --Alientraveller (talk) 21:07, July 10, 2014 (UTC)

Why hello, Alientraveller! I'm sorry I didn't answer you message earlier, but it seems I postponed my answer to a later date and basically forgot to do so. Of course, we'll have to create a canon "year" article at some point. However, the problem is that we have no canon source that allows us to say a year is "the time it takes for a planet to complete an orbit of its sun." That's quite sad, actually. :-( I guess the only things we can say canonically is that a year is a period of time that contains a number of days, and that 1000 years are called a millennium. Cheers! --Lelal Mekha

We appreciate your effort to improve Wookieepedia, but please be advised that all articles on in-universe topics are written in past tense. Please see the manual of style if you would like to learn more about contributing to our encyclopedia. Thanks. <-Omicron(Leave a message at the BEEP!) 14:48, May 1, 2015 (UTC)

Hey Alientraveller, I noticed you created a new page, Mission to Zygerria. It seems you may have copied/pasted the legends article before adjusting as needed. If this is what happened, you have duplicated a mistake from that page, and the new page has been added to a maintenance category due to missing parameters. I have fixed it in this instance, but please keep in mind for future to use the standard preloads located below the infobox - it takes a minute to copy/cut/paste information from the other infobox, or copy/cut the missing parameters from the preload into the infobox. This saves other editors (such as myself) from fixing this issue, and possibly a third or fourth from filling in the missing info. Currently there are over 15,000 articles with this issue, I am working through and fixing them but it takes time - if I fix 10 articles a day on average, it will still take a couple years to empty the category. Nothing too serious so don't stress, just some advice to keep in mind for future :) Have a great week! Manoof (talk) 09:58, June 24, 2015 (UTC)

Canon articles are not to be made by copy and pasting content from Legends articles, but simply removing Legends details, links, and sources. They must be written from scratch. While some information may be shared between Canon and Legends, copying from Legends is not always accurate, is poor editing practice (plagiarism is never allowed), and is not to be done. Trip391 (talk) 21:30, June 28, 2015 (UTC)

OK, this is the first I've seen anyone frown on this quick-and-dirty method on getting those canon articles out there, but I am going to try to write more in my own words. --Alientraveller (talk) 21:52, June 28, 2015 (UTC)

Hi Alientraveller. I saw your edit summary here and just wanted to make a note about it real quick. While I don't think you meant anything bad by it, an edit summary that just says 'so many errors' isn't helpful to the person who made the errors. A better tactic would be to actually write out which errors you're fixing in the edit summary, or even leave the user a talk page message letting them know what you fixed and how they can avoid those minor mistakes in the future. A user who just sees "so many errors" could take that the wrong way, and it could be discouraging for them. Thanks! - Brandon Rhea(talk) 21:31, June 28, 2015 (UTC)

Hey Alientraveller. When creating canon TCW event articles, I would strongly encourage you to create the canon version from scratch, instead of copy-pasting the content of the Legends page and then individually correcting every single detail, as I suspect you're doing. In the case of the latter, it's extremely easy to miss certain details and formatting mistakes, whereas creating the canon article from scratch forces you to double-check every detail of the canon article to ensure that no mistakes are made. Thanks. CC7567 (talk) 22:09, June 29, 2015 (UTC)

When reverting vandalism, please take time to inform an administrator of the ongoing incident. You can either contact an admin on their talk page, report the vandalism in our IRC channel, or report it on the Vandalism in progress page. Otherwise, there is no guarantee it will be noticed and responded to appropriately. Thank you. Toprawa and Ralltiir (talk) 21:35, January 5, 2016 (UTC)

Hi Alientraveller, I confess, it's not canon! Mr Stephens is a character from Eddie Izzard's comedy sketch, 'Death Star Canteen'. However, Adam Driver's performance as Kylo Ren on Saturday Night Live in 'Undercover Boss: Starkiller Base' made it almost feel like it! Could it not get quietly moved to the 'Legends' pages (I don't know how to do all that, I'm afraid), where no-one would ever know, and Mr Stephens would get his just recognition? You're my only hope!--5.68.81.4 14:14, January 17, 2016 (UTC)

In addition to what Toprawa said above, please remember to warn vandals using one of our warning templates. This helps us catch repeat offenders as well as giving the user an opportunity to stop. 1358 (Talk) 18:43, January 23, 2016 (UTC)

LMAO, it was actually my birthday last week. Do I come across as that much of a Mando fan? It's Lucasfilm Animation's fault for making them and Maul the crux of TCW. --Alientraveller (talk) 14:10, January 29, 2016 (UTC)

May I ask, why did you delete the information I put on the page about the Daniel Craig Stormtrooper? It is true that his name is JB-007. It was confirmed! So you taking it away is vandalism for this site.

That's rich. You added that Abrams confirmed the stormtrooper's codename. He did not. Please provide a reliable source. --Alientraveller (talk) 17:44, January 29, 2016 (UTC)

Hey. This is going to seem odd, and I agree that it is, but I wanted to let you know that we don't include DVD features from before April 25, 2014 in Sources sections of canon articles. They can be used as references in behind the scenes material, but not as in-universe sources since information within them could actually be material that was meant to align with Legends. So when you're using behind the scenes features from The Clone Wars DVD sets, please note that they can only be used as a source of behind the scenes info. It's weird, I know, but that's the community consensus right now. - Brandon Rhea(talk) 21:14, January 29, 2016 (UTC)

You're kidding! Thanks for letting me know anyway. I assume this is regarding the Mandalorian crusaders helmet. I hope it's not too controversial given we know the crusaders are canon, and that's what they look like, and Dave was just pointing out that helmet which does resemble the murals. --Alientraveller (talk) 21:22, January 29, 2016 (UTC)

Please substitute the welcome template whenever you use it. See Template:W for further instructions. Cheers, 1358 (Talk) 19:08, February 4, 2016 (UTC)

Hey Alien. Yeah, I had moved the Legends Vulture's Claw page to Vulture's Claw/Legends and had meant to create the canon version of the page, however this week ended up being extremely busy for me and I didn't get around to doing it. If you'd like, you can make the canon version of the page; if not, I should have a chance to make it tonight (if not then, definitely tomorrow). Cevan

So topics aren't allowed to be debated on this site —Unsigned comment by Jason4444 (talk • contribs).

Hey Alientraveller. I've noticed that you've been making several canon articles at /Canon over the last few days. Before making any more, I would suggest moving the Legends articles to /Legends first, so that the canon articles can be created at the original title, without /Canon. It's also good practice to update all Legends links as part of the process, so if you don't feel up to doing so manually, you can ask Cade or someone else with a bot to help you fix the links. Overall, this habit saves a lot of work down the road for other users (usually admins) who have to move the pages to their proper spots and also fix the links, so I'd encourage you to do so in the future. Thanks! CC7567 (talk) 04:19, February 20, 2016 (UTC)

In the Darth Sidious (canon) appearances, I just edit his appearance in episode Sartiscrifie (my grammar) in Star Wars: The Clone Wars (2008), "as Sidious". I need the others one should be edited too (if Sidious was identified as Palpatine to the new comers from the early seasons, then note it on the first episode).

Thanks for contributing to Wookieepedia! Please note that your edit to Palpatine family added an external link without including a backup link. Our Sourcing policy mandates the inclusion of a permanent archival link in all external links. Instructions for doing this can be found on the respective citation template pages. Thanks! Shayanomer

Retrieved from "https://starwars.fandom.com/wiki/User_talk:Alientraveller?oldid=9403939"
Community content is available under CC-BY-SA unless otherwise noted.