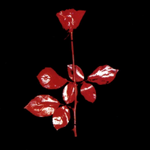 Welcome to my talkpage, <insert name here>! Here are some tips to help you communicate with me:
May the Force be with you.

Is it Possible for Wookieepedia and DisneyWiki to be Friends Byzantinefire 21:54, January 10, 2013 (UTC)

Since we've now reached 100,000 articles, I'm planning on writing an article for Wookieepedia NewsNet reflecting on how we got this far by looking back at the earliest days of the Wook. To that end, I'm contacting as many of the oldest (unflattering term, I know. Sorry) Wookieepedians as possible and asking them to chime in.

This is (intentionally) a pretty broad question, but I'm wondering if you can tell me about your early experiences on the Wook and your impressions of what the site was like during its first couple years. Something longer than a soundbite but shorter than a short story, since I'm hoping to quote as many people as I can. Humor and wit are of course encouraged. If you're interested, go nuts, and if you're not, no worries. Thanks, and have a good day! Menkooroo (talk) 15:47, January 12, 2013 (UTC)

I installed the game and I did play for atleast 2 hours. BUt when I stopped and left home when I tried to play again it did start but then it said there is a proble and I couldn't play. Do you know anything about how I can fix it or if someone else does? --JordanaBrewsterFAN 08:47, January 22, 2013 (UTC)

I recently did a cursory update of the Appearances in One Last Night in the Mos Eisley Cantina: The Tale of the Wolfman and the Lamproid and I have a few questions about your recent edit to them.

First off, as a minor point, I avoided adding the flashback tag as this story is somewhat unique in the canon since they are not true flashbacks given the jumbled timestream, since Sivrak's timeline is progressing linearly through the story, while jumping back and forth through the normal timeline. I think both are somewhat correct, but I didn't care to make a judgement either way.

Most importantly, you also straight up removed some valid appearances, such as the Imperial Fleet, Astromech droid, Lightsaber, and many more. When I did my update, I was mostly splicing the existing list with the "What links here" page, not going to the source material. In checking your changes I looked up a few and can agree with some of the removals, but there are a bunch of obvious ones that should not have been removed.

Hello, Borsk. A long time ago, you added The Essential Guide to Alien Species to Tem Eliss's source list. I've been carefully reviewing the Guide several times, yet I still cannot find the elusive allusion to Eliss (Lots of mentions to another sentientologist, Hoole, who wrote the Guide in-universe, but none to Eliss). Do you remember where it was? Thank you in advance, --Skippy Farlstendoiro (talk) 16:58, March 22, 2013 (UTC)

Someone's been mucking about with the wiki! Edit

Hello. Hope you are well. now, let's get on... Somehow the wiki name seems to have been changed to "Memory Aurek" and somebody posted up a load of random Star Trek articles. There is also a page simply entitled "Star Trek" whose only text is as follows: <Quote^There are rumors that the new star wars movie could be a crossover between star wars and star trek.^Unquote>. I'm not sure if you have been trolled or vandalized, but nowhere in the entire wiki does anything mention an integration of this and the star trek wiki, so it seems likely. Please leave any reply on my talk page at some point, I will check once a week.

This message brought to you a guy who thinks Star Wars could take on any other sci-fi universe and win - Except 40k, which would just agree to be friends with them because it is equally awesome. Text and formatting supplied by Wookieepedia editing tool. Have a good day.

Hello Borsk, as I have just made Dansra Beezer another project of mine, does The Official Star Wars Fact File 44 mention anything new about her that you didn't originally mention here? Thanks in advance. Hanzo Hasashi (talk) 15:34, July 12, 2013 (UTC)

Hi there. I was wondering if you would mind checking The Official Star Wars Fact File 45 (TUR2, Turbolaser) for any information on the Far Orbit? Thanks in advance, 501st dogma(talk) 12:13, August 7, 2013 (UTC)

Hello, Borsk! May I ask you to answer this question about actual outlook of Sistros' statue at Palpatine office? Sightsaber (talk) 07:36, September 4, 2013 (UTC)

Hello Borsk! I would like to be an admin on this wiki i think i would do great if not please tell me why!

Thank you get back to me as fast as you can!

Hello Borsk, I remember in the past I asked you about whether The Official Star Wars Fact File 37 mentioned Enfield being killed in the Detention Block AA-23 shootout and no text explicitly says that. However, I originally overlooked this, might it have mentioned something like Childsen's attaché was killed in that shootout, or something else that clearly corresponds to Enfield? Another possibility is the Navy troopers who accompanied Vader to Leia's interrogation room were killed in that shootout? On Yodapedia, Sompeetalay said the Fact Files confirmed Enfield's death, so I am not so quick to dismiss the info here as just an assumption. Thanks. Hanzo Hasashi (talk) 07:21, November 8, 2013 (UTC)

Faa in Episode I Adventures 10: Festival of WarriorsEdit

Hey Borsk. Glad to still see you helping out. I've been working on scalefish articles for GA status for the barn-burner and have run into the issue of needing to confirm a rare source, such as in the case of Adventures 10. From what I gathered, you appear to possess this source based on an edit from several years ago to that article that added the appearance of faa. I need to confirm this existence of this creature in this source and whether there are any additional details that can be referred to in the article. Thank you much. -- Riffsyphon1024 10:04, January 21, 2014 (UTC)

Hey Borsk. I was wondering if you could check the Fact Files for a mention of a crab-harp. I don't actually know the specific file. However, having looked at your fact file index, I would guess that it may be in the Music and Musicians part of 131, the Warmaster Lah entry for 109, or in the Yuuzhan Vong entry in 40. Those would be my best guesses, but they could be elsewhere. If you can't find it, don't worry. Thanks for your time, 501st dogma(talk) 01:29, February 16, 2014 (UTC)

The extragalactic alien species the Yuuzhan Vong have also developed music, although, as with all of their technology, their instruments are bioengineered from living matter. One widely used instrument consists of a pair of long-limbed crustaceans with their limbs locked in an extended position. These are joined to the body of an enormous drum-shaped creature by tendons which stretch taut, like translucent harp strings, creating both resonators and a sounding board. The ethereal, other-worldly sounds created by these living instruments accompany the Yuuzhan Vong priests during their rituals.

I'm trying to ask a question on the Skakoan talk page and i Can't.I tried to enter the signiture button,but it said i was making a link and it wouldn't let me.i need help!

In the article about the Empress Teta system, the planet Kirrek is absent from the orbits section. I am having trouble fixing it. Please help.

I never have found a contact us screen for the wiki. So I am writing you for assistance.

How does one become a member of the Wookieepedia team? I am not asking just a contributor but an actual team member.

My account seems to be categorised under something called "Combined unverified user upload prevention" So i seem to be unable to add categories to images or upload any new either. Thoughts?--Tetsuaero (talk) 20:48, December 10, 2014 (UTC)

I'm trying to upload a picture of Ron Perlman for his entry under The Clone Wars. BUt it said I needed to contact an admin because of abuse. That's why I'm contacting you so that I can upload pictures of all of the actors and voice actors that I know.

I have found you as a recently active administrator here on Wookiepedia. I have a question on the acceptability of my signature. Can my signature be at all permitted? It follows the signature guidelines laid out on other wikis, and I would rather not have to modify it Wikia-wide.

Hi, I was wondering if you could change the 'Old Daka' page into a Canon page? I tried to do so myself (seeing as she appeared in canon TCW and nowhere else), while editing a few non-canon sources and such out. There are a few pages like hers for exclusively TCW characters still listed as Legends rather than Canon. --Gremlinator (talk) 00:27, January 8, 2015 (UTC)

Hi. I don't even know if you're active at all, but I thought asking wouldn't harm. As of 2009, you added The Emperor's Court to Tzizvvt's appearance list. I'm giving it a review and I can't find a Brizzit anywhere in the audience of the comic-book or wherever. Can you please identify the panel and the area where it is, if possible and not a problem for you? Best regards, --Skippy Farlstendoiro (talk) 17:21, March 11, 2016 (UTC)

Why do you always edit only Legends articles? —Unsigned comment by Shoretrooper TK-32028 (talk • contribs).

Retrieved from "https://starwars.fandom.com/wiki/User_talk:Borsk_Fey%27lya?oldid=8139628"
Community content is available under CC-BY-SA unless otherwise noted.