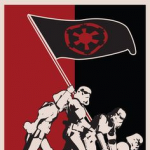 Re: Kind of scum Edit

Gosh! Now that is a lot more praise than what I'm used to. If I am half as good as you say I am, then it seems I have indeed accomplished my mission on the Wook. Thank your for those kind words, my friend. I am truly moved to see that someone appreciates my work. (And a bit surprised about some of the things you said too: my command of the English language is far from flawless. After all, this is not my mother tongue, and I am so bad at typing that I often leave dreadful misprints in the articles I write.) --LelalMekha (talk) 21:17, March 10, 2015 (UTC)

I don't remember removing anything about the Free Ryloth movement or the stormtroopers although I did remove the part about Palpatine's designs for the galaxy because I like to think of the Empire as being a simple political institution and not adding Palpatine's bizarre plans for realty domination in its article, I'd rather see it only in Palpatine's page but that's only my opinion (if I'd have written the book, I wouldn't have added that element either but I didn't so...). If you want to add it again, I won't stop you but I'd rather have it simply in Darth Sidious's page.

On the other hand, your section on the Berch Teller insurgency should probably be placed as a subsection in the Imperialization section, after the information on renaming things Imperial and the state of the Jedi order, don't you think? Bad'Wolf (talk) 20:25, April 25, 2015 (UTC)

Tell me about it, I don't know how many times I had to re-do a big edit because of Wikia bugs. As for the Berch Teller insurgency, the name you could give the section could be "the New Order in peril" because, what I got from reading your article (and it's my only source because I haven't read Tarkin yet unfortunately), is that the Empire could very well have suffered a severe blow because of that insurgency. As for Palpatine's plan, Imperial fanaticism should not be omitted from the page but it should be like Tarkin's belief in the Empire; Palpatine's mentality is more of a Sith mentality and I, for one, see the Empire and the Sith as two different things (as weird as it may sound considering the Empire is ruled by the Sith). As for superweapons and slavery (if you have written a part on the Free Ryloth movement, I'm sure slavery came up at some point), it could be said that Palpatine plans to rule the Empire in the way the ancient Sith used to rule their own empires: on the back of their slaves and their rule enforced by the use of powerful superweapons as said in the Clone Wars series.Bad'Wolf (talk) 19:37, April 26, 2015 (UTC)

Thanks for the response! I also live in New Hampshire, and your username stuck out to me as possibly belonging to an old friend of mine, who is sometimes referred by the nickname "Boots". My friend's birthday is April 20th not April 16th, so that made me skeptical but the odds were good enough that I felt I had to inquire. Also a lot of your profile seemed very similar to my friend. Sorry for the confusion, but still, it's great to meet other people from NH on here! I live in the seacoast area but list my birthplace as Boston on here as I am currently working in Boston (and it's actually my birthplace). Metaphysical (talk) 16:24, June 22, 2015 (UTC)

Please show me some instances besides your recent Coruscanti edit where I've reverted alternate names for the Core Worlds. Cevan (talk) 20:10, July 17, 2015 (UTC)

I appreciate your efforts to create lists of all the different vehicles in the Imperial Navy and such, but there is a bit you need to learn on how to do it properly. I've fixed your edits so please take a look at how I changed it, but I'll also outline some issues here as well. For whatever reason, you have a ton of points where you've used the spacebar or the tab key; all that does it make the page source very messy – there's absolutely no point in doing this. Another minor note is for titles, you don't need spaces in between the title and the equal signs. Another big issue you're having is how to properly link to -class ships. All you have to do is: [[Imperial-class Star Destroyer|''Imperial''-class Star Destroyer]]. You do not need to link the same ship twice and make it overly complicated. If you have any questions, consult my edits first and if you can't figure something out just leave a message on my talk page. Cevan (talk) 20:57, July 17, 2015 (UTC)

Hi there Boots. I just saw your recent edit to the Kyber crystal page, and was curious as to where you got the information that only close friends called Palpatine "Sheev." As far as I am aware, this is not mentioned in Tarkin. Even if this is true, I don't see why "Sheev" should be removed from his name on pages; in Ultimate Star Wars it lists his full name in large lettering as "Sheev Palpatine." Cevan (talk) 17:44, August 30, 2015 (UTC)

Hey Boots. Does Absolutely Everything You Need to Know seem to imply that Jawa Trade Talk is an actual language, or is it just some sort of way they speak when dealing with customers? Cevan (talk) 20:16, September 26, 2015 (UTC)

Boots, if you're going to update an infobox like you did here or update sourced material elsewhere, please be sure to replace the references with the new source and reference the new info as well. Also, {{1stID}} should be used on the source/appearance that first provides the subject's name. Thanks. Cade

Hey Boots, sorry for the delay; I had meant to reply but I ended up getting busy with other things and just forgot about it. I'd recommend making a post at the Imperial-class Star Destroyer talk page about this, so others can voice their input as well. Cevan (talk) 00:57, October 12, 2015 (UTC)

The Secret Academy doesn't actually state that Fanha is a planet. We've generally been playing it pretty close to the vest when it comes to this sort of stuff. Fanha may have been a planet in Legends, but unless it actually states directly in canon that it's a planet, we shouldn't assume that. ProfessorTofty (talk) 05:47, October 25, 2015 (UTC)

Hey Boots! I just wanted to let you know I've nominated you for Wookieepedian of the Month. I think you've been doing some good work adding in all sorts of info to articles, as well as really expanding on articles lacking in information. Cevan

Hello there! I see you are a gamer. Might I interest you in a certain Wookieeproject? This is a great time to stop by, given Star Wars Battlefront, Star Wars: Commander, and the future! Corellian Premier

Thanks - I think I got the edit right this time. I guess I thought out of universe material could be a bit more informal - but I guessed wrong!

Hey there! :-) I'm sorry to disappoint you, but I don't actually have a secret. In fact, the images I just uploaded don't come directly from the Visual Dictionary, but from the official website of Dorling Kindersley. There are at least two articles containing picture from the VD. --LelalMekha (talk) 23:56, February 26, 2016 (UTC)

The Legends page resides at Imperial cargo ship, while the Canon one is at Imperial cargo ship/Canon - there's no redirect issue. The pages will be eventually moved and the appropriate links changed via bots. Its part of the process for creating Canon pages and maintaining accurate linking. - Sir Cavalier of One

No worries. Its just easier to move the pages in batches and run bots to fix redirects in large runs than to do it piecemeal one article at a time. - Sir Cavalier of One

Hy the star wars fan movie star wars threads of destiny its not in this wikia why?

Wookieepedian of the Month Edit

Please don't change my edits because it is part of the official star wars EU and Canon. Kind Regards Kristian

Hi. Sorry. I did not notice the template at all. It blended in with all of the others, so I will avoid any future edits. And sure, linking you the tweet.

I'm not one hundred percent certain, but I believe (at least some parts of) newer FFG sourcebooks like Nexus of Power are considered canon, unless the information is on a topic that is very obviously Legends. So, as I understand it, info on the Ilum Jedi Temple from NoP would be canon. Cevan

RE: You are a droid! Edit

Hey Boots! You ever think of joining Wookieepedia:WookieeProject Astrography? We could always use your type of zealous love for the galaxy. :) Imperators II(Talk) 09:14, September 15, 2017 (UTC)

Hello, Boots. This message is to inform you that your custom user signature is currently in violation of Wookieepedia's Signature policy, which states that images in sigs may be no larger than 20px in height. Yours is currently 25px. We would appreciate if you would please adjust your signature accordingly. Thank you. Toprawa and Ralltiir (talk) 18:46, January 16, 2018 (UTC)

Hello, I checked out the Star Wars Galaxy map you made and as a fan of the Canon I really appreciate it! You made a great job and I think it's a very useful contribution to the community, keep it up!

I know it's not complete yet, but I think you should be able to mark some more planets according to this map of the Kessel Run : (official Canon picture from the book Solo: A Star Wars Story: Tales from Vandor) You could also add the Akkadese Maelstrom from this map, it would be a nice addition! Brentaal IV PS: I just noticed that Brentaal isn't exactly at the intersection of the Hydian Way and the Perlemian Trade Route as it should, you may move it up a little bit to properly match its exact position. 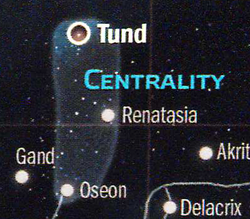 Some others Canon worlds...

Thanks for the feedback! I'm going to take another look over the images and see if they are available in higher resolutions so that it looks sharper for you. - Sir Cavalier of One

RE:Thanks for editing my edit!Edit

Hey! No problem its all good, its easy to forget what has already been linked on such a big page, so honestly its no trouble! Thanks for the edit though, definitely improved the page a fair bit. Thank you for the kind words, appreciate it --Lewisr (talk) 22:31, September 29, 2019 (UTC)

Retrieved from "https://starwars.fandom.com/wiki/User_talk:Commander_Boots?oldid=9070760"
Community content is available under CC-BY-SA unless otherwise noted.