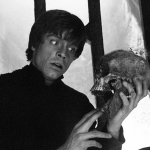 Yo Cwedin, when you get the chance, would you mind updating the list on your CT to account for the newest vote, so it's accurate to where the pages will be moved to. I think it's best to have that in the CT itself, and I'd also like to set up all the bot stuff beforehand and a list like that'd be super useful for a mass move. Cheers, Tommy

Hi there, Sorry, but I've been told by DarthRuiz30 that because of international licencing some countries will receive a later release date than others, that's why I removed it, and I'm going to remove it again. I would also add that it is not an American based site, it is contributed to by people around the world, and to say it is American based therefore America gets their own section is racist. I will now inform Ruiz that I've made this post on your page.—Unsigned comment by InfinityNexus (talk • contribs).

Hi Cwedin, the site defaulting to American English is irrelevant, it's not about language. I get where you're coming from about wanting to include two release dates, I really do. When Queen's Shadow was released there was an issue where it wasn't officially released in the UK. I spoke to both the author and the publisher and I was told they were unsure of a release date in the UK. I tried to add this to the wiki and DarthRuiz30 told me no, the first release date is the only one that matters. I don't see why it should be allowed for Force Collector but not Queen's Shadow, even though my source was the author herself. Honestly, my issue is not with you, I just think if I'm not allowed to post about UK release dates after the US one, US release dates shouldn't be posted after it's been released in the UK. I hope you see what I mean. Again, no issue with you personally. I've posted on Ruiz's page, I'll let him rule.

Hey there, sorry I didn't get back to you earlier on this! The Book of Hondo is referenced from page 22-26. Hondo writes in the Smuggler's Guide that his mother's teachings never led him astray and he thinks he should collect his own observations in a book and price it accordingly, since words have value, He writes down two other potential titles, "The Ohnaka Codex" and "Weequay Wisdom and Assorted Aphorisms, compiled by Captain Hondo Ohnaka." Here there is also a comment written by Lando when he later had the Smuggler's Guide that says "Just don't go stepping on The Calrissian Chronicles." There are several quotes attributed to the Book of Hondo throughout the rest of his pages, all pretty typical Hondo-isms. Also, the time range it was written is between 19 BBY (after the Empire established) and 10 BBY (Dryden Vos owns the book after Hondo so before he died). Toqgers (talk) 06:30, November 18, 2019 (UTC)

Have you ever even looked at the category seen it or read it the category says it is for employees and slaves of Jabba. Isn't Yarna a slave and the Deilijic servants category has slaves mentioned in it. So shouldn't she be in that category. X-Mutant (talk) 11:21 November 24, 2019 (UTC)

Thanks for letting me know about Yarna but for some reason Oola and other dancers are listed underneath Deilijic servants category not sure why. X-Mutant (talk) 12:16 November 24, 2019 (UTC)

Oh that makes more since thank you for creating the new dancers category. Hey could you add bands category or music groups category to the preforming artists category as well. Also would it be ok to create a Deilijic musicians category for Jess and other musicians that work for Jabba. X-Mutant (User talk:X-Mutant) 12:49 November 25, 2019 (UTC)

Hey because you have polite, kind, nice and helpful to me I hope that you don't mind if I ask you for help. The reason why because you have been here on the wiki a lot longer than me. I figured if help me with some of the edits I am trying make and do there won't be a big fuss. I am saying this because apparently as I am trying to edit and work on pages of creatures from the Ewok cartoons as I am trying to add information from the episodes I have watched someone is deleting the edits. But if you worked on them I believe that they probably won't get deleted then. So can you help me please people are being rude to me and it is a rare thing to come across a good person like these days. X-Mutant (talk) 4:47 November 28, 2019 (UTC)

The Mimphs being warriors and living in a tribe I got that information from watching the Ewok Cartoons from seeing the episode with the Mimphs with my own eye.

As for the Quark and Lizard Warriors living in tribes I am reading the Ewok Comics and gathering information with what I am seeing with my own eyes in the pictures from pages in the comics. But there are still a lot more comics to scroll and read through.

As for the Frost Sprite and Trome's Biology and appearance I am going by what I am finding in the episodes that they appear in. But someone is deleting what I am gathering or trying to gather from the cartoons and comics. X-Mutant (talk) 9:59 December 1, 2019 (UTC)

Hi Cwedin! Congratulations on winning our Wookieepedian of the Month award for the second time! Feel free to add yourself to the category of multiple winners by adding the parameter |multiple=1 to both instances of {{User WotM}} on your userpage. Keep up the good work! Imperators II(Talk) 21:53, December 1, 2019 (UTC)

My bad. I was puzzled that the Lady Luck page was so small. I did not realize I was on cannon. I just assumed it was legends and that Disney had not used the name, so I did not even notice the dual cannon/legends links on top of every page that is in both categories. Thanks Cwedin for the information and again sorry. I did not see where I could IM you, so putting this here might be totally wrong. If it is sorry in advance. The force is strong with you mighty Cwedin many edits do you have. Sincerely, TIE Hunter (talk) 00:58, December 5, 2019 (UTC)

Would you be able to help me determine the correct titles for each of the issues of Star Wars: Tales of the Jedi? --Nostalgia of Iran (talk) 14:30, December 8, 2019 (UTC)

Hello Cwedin. I hope you're aware of this edit. If the information checks out, it's currently infobox-exclusive. Imperators II(Talk) 19:28, February 10, 2020 (UTC)

Hey there! Sorry for the late answer. Yes, I might very well join the Project, why not? :-) --Lelal Mekha

Relating to the Rapid Fire Turret, in the game, it costs 1,500 alloy, one of the games two types of currency, to build. Should this be in cost, or in materials?--CommanderDeviss327


Behind the Magic Edit

Interesting. I was basing this off several status articles (such as this one) which reference this archived SW forum thread in which Leland Chee says that the date 3.5 ABY comes from Behind the Magic. The problem is, from that one archived page it's not entirely clear whether he's talking about one of the films or the TV series. In addition, on the recently-saved FA Dulok GreenTentacle has the 3 ABY referenced to BtM. I've asked Tope to provide some light on this, since he has access to BtM. Imperators II(Talk) 16:49, March 4, 2020 (UTC)

I have written on this same talk page in the past that I don't know how to create categories. Again, not an excuse, but I'm going to need to know how to be able to create one. I was informed about the article moves earlier and I attempted to move issue 4, but it wouldn't allow me to, so I moved the others that I had already changed back so it didn't look weird. --Mr Star Wars Amino Republic (talk) 4:32, April 13, 2020

Hi, just informing you that a new source was added to one of your status articles, Peet Deretalia, which is currently a redlink. Shayanomer

A message from the AgriCorps Edit

Hi, I'm reaching out to you on behalf of the AgriCorps. You're receiving this message because you have nominated at least one GAN this year while reviewing fewer than two GANs per each of your nominations. As you know, the GAN is a community project that can only operate when Wookieepedians both nominate and review articles. We therefore encourage you to review more GANs. Not only is this an act of giving back to the community, but reviewing others' articles is the best way to improve your own article writing as well. We look forward to seeing more reviews from you! Cheers, 1358 (Talk) 19:59, May 16, 2020 (UTC)

So a while ago you added Star Wars Year By Year: A Visual History, Updated and Expanded Edition as a source for the behind the scenes. Does it confirm when the junior novelization of TCW or adult novelization was released?--Editoronthewiki (talk) 16:16, May 27, 2020 (UTC)

Retrieved from "https://starwars.fandom.com/wiki/User_talk:Cwedin?oldid=9091800"
Community content is available under CC-BY-SA unless otherwise noted.