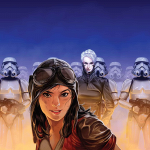 See what on User:Tommy-Macaroni?—Unsigned comment by Shoretrooper TK-32028 (talk • contribs).

If the super tactical droid gets marked for deletion again can you remove the {{Delete}} tag.—Unsigned comment by Shoretrooper TK-32028 (talk • contribs).

I have noticed that you keep putting events of KOTET in 3630 BBY. This is incorrect, because on Iokath Quinn says it has been "six years, eight months and twelve days" since the disappearance of Sith Warrior, and Elera likewise says it's been six years for the Trooper. If we assume 3637 BBY to be correct date for the First skirmish with the Eternal Fleet, then six years from that puts Iokath and everything that preceedes it in 3631 BBY at the latest. The template that you use is based on a tweet, but tweets should not be treated as official sources, and even if they were, the game itself contradicts it. I think we should go by what the game says, especially since the tweet mentions real time approximation for Ilum-to-KOTFE only. What do you think? --77.111.244.60 09:42, January 29, 2018 (UTC)

When I say Fandom I mean this, so it links with this wiki as Wookiepedia is also part of FANDOM. I assume that is why Brandon linked it in the first place --Lewisr (talk) 21:42, February 7, 2018 (UTC)

Hey DarthRuiz, I noticed you added Battlefront II to the Open Circle Fleet article, and I was just wondering where it appeared in it. Thanks, Supreme Emperor (talk) 03:43, February 8, 2018 (UTC)

I thought I was putting it on the canon version, sorry if it wasn't I'm on mobile so it is harder to work—Unsigned comment by Captainrexofthe501stlegion (talk • contribs).

It doesn't change the fact that they along with Kanan have images that clash with the infoboxs and on pages with little to no info plus you and Lewisr had left out one issue in your hunt the other day and legends can do some rearrangement as well seeing as the order is no better than canon was.--Rgilbert27 (talk) 06:12, February 18, 2018 (UTC)

Still does not change the fact they clash and that AnilSerifoglu keeps removing comic strips despite that some of them are part of the series.--Rgilbert27 (talk) 06:58, February 18, 2018 (UTC)

RE: Nexus of Power

I was under the impression that since Ilum is a canon subject, and pretty ingrained in canon, that anything relating to it would be the same? I understand that the Tython/Auratera/Empress Teta topics from Nexus of Power aren't canon because two of those worlds were only recently introduced, and Auratera wasn't ever canon until Nexus of Power. So it only applies for things like Bardotta or Aleen, since they were canon before? Sorry if it seems like I have a lot of questions, I don't entirely understand where the line is drawn in FFG. -The Grand Chewbacca (Talk) 00:40, March 5, 2018 (UTC)

Sorry for the delayed reply, I did see your message then forgot to reply for some reason! Yeah the book does confirm that Nien Nunb was in a ski speeder during the battle --Lewisr (talk) 23:09, March 7, 2018 (UTC)

The floor, in the shot where we first see Ahsoka, is the same floor. The room also has the same basic layout. It is definitely the same room where they met Trayvis, just with all the furniture removed and the back wall blown out.SilverSunbird (talk) 10:02, March 11, 2018 (UTC)

Reason for my changes

hi darthruiz30, I seen something on the internet about the death star being 160 km 99.4 miles, I did see it, It was made by an author, I'm just replying to what you said about that being the source.—Unsigned comment by DarthVader52005 (talk • contribs).

I think it was an official source, but it could be or not, I seen this on the images of it on the internet. it compared the death star II 200 km 124 miles death star 160 km 99.4 miles, maybe you can search for it on google or something. but you don't have to use it, since it couldn't be official or not. it looked like it was edited by an article, if I could send you a picture of it. I would.—Unsigned comment by DarthVader52005 (talk • contribs).

also, it had all the technicial specifications for both death stars. it is related to canon.—Unsigned comment by DarthVader52005 (talk • contribs).

do you like the death star as a sphere or spheroid, because I made it a sphere, in a Disney official made death star rouge one, it looks like a sphere.—Unsigned comment by DarthVader52005 (talk • contribs).

ok, i'll be done with these questions, I'm using a pc that belongs to my brother, so were probably done talking. to me all this seems complicated. I'm not a big star wars editor, you can use the official information if you want to.—Unsigned comment by DarthVader52005 (talk • contribs).

did you know vscalf23 has his own star wars Wikipedia, he says it is an alternative to this Wikipedia, his expanded universe is called timeline, star wars timeline wiki, you can go to his profile and see, he has a couple of articles he made already, actually he is me. it was just something I thought about, it was an inspiration from canon. only one expanded universe.—Unsigned comment by DarthVader52005 (talk • contribs).

i have some official information, it comes from my lucasfilm official star wars poster, it says that 160km is 99.4 miles. but it is about the first death star. i had it not off the internet, i bought it publicly.—Unsigned comment by DarthVader52005 (talk • contribs).

ok i found the information, but it may be official from something different, amazon, but it's a picture. that possibly could be used.—Unsigned comment by DarthVader52005 (talk • contribs).

it comes from a official book called star wars encyclopedia and other vehicles. it says that the death star is 160 km 99 miles, the second death star is 200 km 124 miles. i also have a official star wars death star poster it says 160 km 99.4 miles.—Unsigned comment by DarthVader52005 (talk • contribs).

in legends, the death star was a sphere, but you can say that in canon too? but before that. i agree with what pablo hidalgo wrote. so you may never see those edits by me again ok? i would rather you editors edit things yourselves. like i was saying. does it really matter what you call it, i just know it said spheroid before it was edited to sphere, but i will agree with it being a sphere, spheroid was the original edit. would someone edit it back to spheroid by any chance?

I see you've reverted all of my edits regarding Daniel Mallory Ortberg. As you can see from https://www.thecut.com/2018/03/daniel-mallory-ortberg-interview-heather-havrilesky.html , Ortberg is transgender and now uses the name Daniel Mallory Ortberg. According to many notable organizations, including the GLAAD Media Reference Guide, one is to refer to a trans person as their chosen name. I would very much like to know why you disagree with this.

Retrieved from "https://starwars.fandom.com/wiki/User_talk:DarthRuiz30?oldid=7609740"
Community content is available under CC-BY-SA unless otherwise noted.