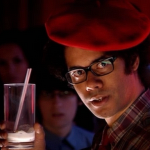 3,914 Edits since joining this wiki
March 13, 2015
0 Discussion posts
Hello and welcome to my talk page.
Please note that I like to keep conversations contained in one spot and so I will likely respond to any messages here.

Hi Dr. Porter. I noticed you asking for guidance on how referencing works here and thought you should know that all of the information you'll need is included in Wookieepedia:Sourcing and Wookieepedia:Attribution FAQ. If you still have any questions after reading these feel free to leave a message on my talk page. Thanks! Ayrehead02 (talk) 13:34, January 4, 2016 (UTC)

Hello. It would probably be a good idea to start a new thread in the Senate Hall about this. I'm not really well-versed enough in canon continuity to make a judgment on that. Cheers, 1358 (Talk) 01:06, January 30, 2016 (UTC)

Hello. Now that you've moved the Great Gran Run article, it is your responsibility to update the remaining links to Legends. These links can be found here. Please take a moment to do so. Thank you. Toprawa and Ralltiir (talk) 05:49, January 31, 2016 (UTC)

You're missing a number of categories, as well as the {{Conjecture}} template, here. Cade

Yeah, sorry about that, I was kinda in a rush to get that finished. I knew I'd miss something :D -- Dr. Porter

Hello, Dr. Porter! I'm really sorry for not answering your question earlier, but I tend to be extremely absent-minded these days... Anyway, I'm afraid I'm not the best placed to answer such a technical question. Perhaps Cade Calrayn could help you? Pardon my being unhelpful here. ^^' --LelalMekha (talk) 20:54, March 19, 2016 (UTC)

No problem. Thank you very much. -- Dr. Porter

Hey. Since you have the ability to take TFA screenshots, can you get one of Luke striking the same basic pose as the one in File:Old Luke Skywalker illustration.png? That would work best for an infobox image. Thanks! - Brandon Rhea(talk) 03:46, April 2, 2016 (UTC)

Thanks! There are some official promotional images of Luke out there that haven't been fully released yet, so I'd imagine we'll switch to one of those once they're released in higher resolution. But in the meantime, this looks good! - Brandon Rhea(talk) 04:00, April 2, 2016 (UTC)

Sounds good. I didn't even know they were releasing new images of Luke, those should be great. -- Dr. Porter

Yeah there's one in the Card Trader thing, but it's got a holographic background so it's not ideal. There's also one that StarWars.com recently used in This Is Madness promotion, but it was really tiny so I couldn't get anything from it. - Brandon Rhea(talk) 04:11, April 2, 2016 (UTC)

If there's one in Card Trader I could probably remove the background, although I don't know how I would get hold of the image in the first place without having to play the game. I guess we'll just have to wait. -- Dr. Porter

Hello, this is Sam Sparrow. Thank you for your support.—Unsigned comment by Sam sparrow (talk • contribs).

Have Sidious ever identified as Palpatine in the early seasons of Star Wars: The Clone Wars? Edit

I need an answer to the question to edit one of his pages. I ask editors from that pages but I think only people on wookieepedia knew it, since they looking for those infomations all day. Thanks.Nosferatuorlok (talk) 10:21, June 5, 2016 (UTC)

Hey, I just wanted to mention that it says in the Force Awakens novel that Leia sensed the destruction of Hosnian Prime. (In regards to my edit). I could give you a quote if you would like.

Nah, I'll take your word for it, thanks for letting me know. But make sure you put <ref name="TFA-novel" /> at the end of the sentence, so it doesn't look like you're referencing the film. -- Dr. Porter

We don't know that yet either :) Though it is a popular theory. -- Dr. Porter

Haha thanks! Unfortunately that's only a very small section of the full coverage that needs to happen. In any case, that's what happens when you save your progress on a text file. CC7567 (talk) 02:16, August 21, 2016 (UTC)

Everything we know about the new Jedi Order is on the page Luke Skywalker's Jedi, so we don't know a lot. -- Dr. Porter

How powerful in the force and skilled in lightsaber combat of the films Luke has become, do you think he has reached his full potential of becoming the most powerful light and dark side Force-user, and the greatest lightsaber duelist in the history of the galaxy, prior to the Jedi massacre; a potential that his father never had the chance to achieve, due to the latter burned alive on Mustafar and forced to become a cyborg.--Shiryu-1 (talk) 13:52, August 24, 2016 (UTC)

Unfortunately, we haven't got to see him in action yet, but I think he would be very skilled. Though due to Luke's informal training, I think, had Anakin not fallen to the Dark Side, that he would have been a less powerful Jedi than his father. Over two decades is a long time though, and I can almost guarantee that Luke has become quite powerful in that time, both with the Force and with a lightsaber. -- Dr. Porter

Thanks very much for the compliments. Have dedicated my free time to updating the various Star Wars Rebels-related episode, battle, character, and other articles to ensure they are updated. Enjoy the series very much and it is also a good opportunity to practice my writing skills. The character biographies for the Iron Squadron members might need some expanding if you're interested. May the Force be with you and wish you all the best. Really loved how they brought back Grand Admiral Thrawn. Andykatib 10:15, November 21, 2016 (UTC)

No problem man, thanks for the hard work. I'll try to get around to those characters if I can. And yeah, Thrawn is the best :) -- Dr. Porter

You're Dr. Porter, I'm Dr. Unicorn. What a coincidence!

Well, it's great to meet another doctor haha. -- Dr. Porter

Yeah, working as a copy editor for a few years will drill punctuation into you. To be fair, the en dash is probably the most obscure and least understood English punctuation mark (though the semicolon retains its crown as the most feared). Till I started practically memorizing the Chicago Manual of Style I couldn't have told you what one was for. :-) Asithol (talk) 20:30, April 27, 2017 (UTC)

Retrieved from "https://starwars.fandom.com/wiki/User_talk:Dr._Porter?oldid=7402460"
Community content is available under CC-BY-SA unless otherwise noted.