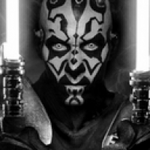 Welcome to my talk page. In order to keep everything organized, messages will be responded to here, not on your talk page.

On the note of Darth Traya, I did beat the game again, and saved at the spots where she talks about re-assuming the mantle of Darth Traya. I'll write it down and post the qoutes on your talk page tomorrow.--Jedi Kasra (talk) 18:45, 14 July 2008 (UTC)

"There must always be a Darth Traya. And if it will not be her, then I must assume that role, amd as always, bring about the betrayal of the Jedi and the Sith"
―Darth Traya, to a dark-sided Exile after killing Atris[src]

Jedi Exile: "Who is Kreia?"
Atris: "She is one of the Lords of the Sith, one of those who murdered the Jedi, and she holds the death of the galaxy in her hands."
―Atris to the Jedi Exile[src]

Very interesting, certainly good points. You should post them in Kreia's talk page so that others can discuss it. I'm not sure the dark side one provides much evidence though because it is from the dark side story, and so it's non-canon. Drewton 20px (Drewton's Holocron) 14:31, 15 July 2008 (UTC)

I liked the original version of the Image Vader's Betrayal. You know, the one with Vader throwing Starkiller in front of Palpatine. If you still have the original, could you upload it? Please. Thank you. The Secret Apprentice 20px (Personal Comm) 23:09, 14 July 2008 (UTC)

Darth Malak was a Human male who took the mantle of Dark Lord of the Sith during the Jedi Civil War. Before taking the name Malak, Alek, nicknamed Squint, was a famed Jedi Knight and military commander.

During the Mandalorian Wars, Malak gained a reputation as a headstrong warrior who would recklessly charge into danger. He drew closer and closer to the dark side, ultimately being seduced by Sith teachings imparted to him by his closest friend, Revan.

I guess I could add the fact that he came from Squinquargesimus in the "Early life" section, hopefully before the issue's end we'll find out his DOB.--Jedi Kasra (talk) 20:01, 21 July 2008 (UTC)

Yea, yea. I come back after a little and Darth Culator deletes all my pix. Iits bcuz u cant upload and insert and source at the same time. But I did that now, so all is good. Maybe I'll use my older one, but I wanted to keep Jacob Nion as my sig and Silly Dan said no. :( But your right, Jacob Nion doesn't sound real Star Warsy. Jacob Nion 20px (Personal Comm) 20:12, 23 July 2008 (UTC)

Yea the source info wont appear on the Bull Rancor image that is on Bull rancor. Any help is appreciated they are screenshots of the game. Jacob Nion 20px (Personal Comm) 20:16, 23 July 2008 (UTC)

Hi, I have noticed the Mass amount of edits you have made and it's obvious that you play Kotor and Kotor 2 alot and well I was wondering if you thought the same thing that I did about Nihilus. Nihilus was born in the Mandalorian Wars, well could Nihilus not be a species of any sort but a perversion of the darkside that was created when the exile cut herself off from the force. Also Nihilus's name has a second meaning ("nothing"). Sorry that im not good with words, hope you can understand what I said. Darth Void 18:58, 25 July 2008 (UTC)

Your "My Comics" section of your user page states that you own Star Wars Knights of the Old Republic: Commencement TPB.

Well, can you take a look near where the 5th issue should be, just after the Rogue Moon prophecy, the Jedi Covenant masters, including Q'Anilia, are wearing space suits. Can you tell me what hair color does she have?

The mining droids on peragus are seemingly simple modles without much of an incentive to attack miners, so what i said was that they were made to belive that organics and unahtorized droids (such as t3 and the miners personal droids not linked to the central computer) were a mining material. The driods were also told that the head and heart were more valuable. last thing is that they were also told that the organics/ other driods were crosswired to think that the mining droids were mineable, so the situation would be to mine or be mined. oh and i also made the mining laser a continuos beam wepon that cuts and drills slowly more than blasts, so its a litttle more grissly. is all this canonical?HK-47 rebuilt 20:52, 12 August 2008 (UTC)

I know that Dark Horse and number of other sources have listed Dan Parsons as the artist for this issue. But look at his article - he's an inker, he never did any original artworks. So this must be a mistake since John Jackson Miller's website has listed Bong Dazo as an artist. And JJM should definitely know better, since the issue is currently in process - who if not him knows better which artist is doing it? Mauser 22:21, 12 August 2008 (UTC)

On the letter page for Star Wars Knights of the Old Republic 32: Vindication, Part 1 is said that Bong Dazo is indeed the penciller for the next issue. Mauser 22:49, 21 August 2008 (UTC)

Not that it's any of my business, but I was just curious as to who the Mikah you refer to on your user page is. I find it interesting, in that I've never before seen the name Mikah spelled the way I write it (I always Mika or Micah), and ironic, since I'm actually writing a short story based around the time of the Clone Wars right now. I find it to be my favourite time period throughout all of Star Wars history, after the Old Republic era. // ~mikah~ 03:34, 20 August 2008 (UTC)

Yes he did I deleted it

Do you know where I can find a preview of Part 2 other than Darkhorse.com?

Past Tense to Present Tense Edit

Mikah and I have satisfied all of your recorded complaints about KotOR's GAN. NaruHina Talk 20px 23:18, 3 September 2008 (UTC)

I don't think it's true what you said on Celeste Morne talkpage. Qui-Gon held title Jedi Knight during Episode I before his death (he wasn't just called jedi Knight, Obi-Wan was). Obi-Wan was still his Padawan before Jedi Council gave him rank Jedi Knight and let him train Anakin after. I think Qui-Gon became Jedi Master after his death (You know Force ghost, when Yoda and Obi-Wan became his apprentices). According tradition Obi-Wan became Jedi Master once Anakin received rank Jedi Knight (TV cartoon serie). At least that's how I understand whole situation. --Jedi Marty 21:06, 10 September 2008 (UTC)

Hello, Drewton,. I'm back, and would like to nominate the Darth Malak article in a few weeks after we add the info on him from the KotOR campaign guide. Could you get some pictures from there? There are some pictures that should be in these articles, such as Revan Force choking a Sith officer, Malak with lightsaber ignited, etc. Anyway, good to be back!--Jedi Kasra (talk) 17:11, 8 October 2008 (UTC)

Hi, Drewton. My names Jayce. I've just joined the KotOR project, so I thought I'd introduce myself and see if you need help with anything, cheers. Jayce Carver 14:28, 26 October 2008 (UTC)

I put a forum on the consensus track where Wookieepedians can vote on the name change I've been proposing. You can access it here. I appreciate your vote.--Jedi Kasra (talk) 20:46, 6 November 2008 (UTC)

Hey, did you have a good Thanksgiving? Anyway, I was reading Juhani's profile in the Knights of the Old Republic Campaign Guide, and according to it, it wasn't just any Revanchist Jedi who saved her from the Exchange's clutches, it was Revan himself.--Jedi Kasra (talk) 17:26, 9 December 2008 (UTC)

hey im sorry that i havent kept you posted lately, but i had to take a leave of absence. I was also waiting to see if i could still go on the sion/haazeen theory, which, if you think about it, sion did have every bone in his body shattered and he had been completly reconstucted. and since there is now confirmation that the dark lord is not Lucien, i am guessing that haazen somehow survived..... probably through his hatred at lucien.

well anyways, i will be starting up project: Jedi exile Novel again. i have a new idea. what would you think that instead of doing one giant book, i do parts of the game. I was thinking peragas-telos, Nar shaddaa-dantooine, and telos-malachore.HK-47 rebuilt 14:14, 10 December 2008 (UTC)

Hey Drewton. I noticed that you listed having The New Essential Chronology and I was wondering if I could ask you for a huge favor. I'm having a hard time establishing when the Devastation of Katarr or Conclave on Katarr took place. The sources in those articles don't actually specify the year, so I'm leery of trusting them. I would very much appreciate it if you could look in the NEC and see if there is anything listed for either of them. I'm trying to get my GA nom Visas Marr approved and this is holding me back a bit. Thanks so much. * Cylka * 04:03, 21 December 2008 (UTC)

Also, I'm looking around Wookieepedia a bit, and it seems that the Devastation of Katarr being in 3,952 BBY has been believed since the article's creation. The article for 3,952 BBY lists KOTOR II as a source. Could be in the game dialogues somewhere... Drewton 20px (Drewton's Holocron) 15:37, 21 December 2008 (UTC)

Hey, how's it going? Looks like the Malak article is almost a go for GA status, after it achieves it might be a good idea to nominate for a FA. We need to get back working on my sub-page on Darth Traya. Hope you had a merry Christmas, and looking forward to the new year.--Jedi Kasra (talk) 17:04, 30 December 2008 (UTC)

This is just a nit picky fix but in your Starkiller subpage, the link to the Battle of Callos should actually be to the Bombing of Callos per about page 14 of the TFU novel. NaruHina Talk 14px 23:25, 8 January 2009 (UTC)

Seeing as you have the The Force Unleashed novel, would you be interested in a collaboration to bring Kazdan Paratus up to featured article status? --Darth tom 20px (Imperial Intelligence) 20:28, 18 January 2009 (UTC)

Please do not remove redlinks from Wookieepedia articles. They help the community to see what article needs to be added. If you would like them to go away, simply create the requested article. Thank you. Toprawa and Ralltiir 02:09, 24 January 2009 (UTC)

In light of recent events, I have been asked to take over the leadership of the KotOR WookieeProject. If you would like to continue working with this project, please leave me a message on my talk page within the week. Otherwise, I will assume that you have prior commitments that will keep you from being able to participate. Thanks. Cylka-talk- 08:30, 1 February 2009 (UTC)

I just wanted to say thanks for helping me with the Darth Malak article. It is on the cusp of being considered a GA, and it wouldn't have made it this far without your help. Whatever you need, let me know.--Jedi Kasra (talk) 15:50, 1 April 2009 (UTC)

Can you please verify File:Sith Emperor.jpg? Someone keeps adding it to the Sith Emperor article, and I keep removing it since it doesn't have a source. You know more about The Old Republic than I do, so you may know whether it's the Sith Emperor or not. Thanks. --Michaeldsuarez (Talk) (Deeds) 00:47, 3 June 2009 (UTC)

Thought I'd mention it here before I revert it to explain my reasoning. The new version you uploaded of File:BattleDroidArmy.jpg is not better quality. It may be larger in dimentions but not higher definition or better quality. It's grainy/pixelated when viewed at full size, which the previous version is not. - JMAS Hey, it's me! 19:35, September 18, 2009 (UTC)

Would you mind adding the source where you found the higher res version to the appropriate field on the images you've just uploaded? Thanks. - JMAS 20px Hey, it's me! 18:58, March 19, 2010 (UTC)

Retrieved from "https://starwars.fandom.com/wiki/User_talk:Drewton?oldid=9070398"
Community content is available under CC-BY-SA unless otherwise noted.