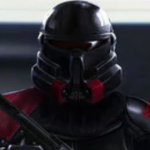 Hello Editoronthewiki, Question: Why did you move the picture to the left side? The right side seemed fine enough... I'm just wondering. Anyways, May The Force Be With You! Supreme Commander Raxus (talk) 20:32, March 18, 2019 (UTC)User:SupremeCommanderRaxus

i agree with you. i am trying to sort this out with Omicron.

Battle droids and droid starfighters are quite different things, please stop moving the former under the latter in infoboxes. Fan26 (Talk) 22:20, March 29, 2019 (UTC)

You can't assume that it was animation error and those were never intended to be Pilot droids. Yes, an animation error ocurred there, but which one was meant to be used? Who knows, but we know that Pilot droids were used there so that means that they're able to be soldiers too.

Also a reminder, be sure of your edits. If you aren't sure, then leave it and ask. Also just because another article does it, doesn't mean that its either correct or should be applied to every article.--DarthRuiz30 (talk) 21:30, April 19, 2019 (UTC)

From B1 battle droid: "Central Control Computer were located in an orbiting Droid Control Ship, and Central Control Computers were used because the budget-minded Trade Federation saved the production costs of thousands of individual droid brains.[2] By the time the B1 was used by the by the Confederacy of Independent Systems the B1 battle droid had been reworked to not require a central command signal to operate,[21] and these later B1s that did not require a control ship were capable of limited independent thought,[20]" the three B1 were capable of some independent thinking, hence CIS.--DarthRuiz30 (talk) 21:34, April 20, 2019 (UTC)

A reminder, just keep it simple on edit summaries. For example, "(Well google image says it says it)" that doesn't make sense to anyone watching the Recent Changes, if you have a question or comment please use the talk page of the article. Thanks.--DarthRuiz30 (talk) 04:12, April 21, 2019 (UTC)

Hello! So if you haven't read Thrawn: Alliances, the Grysk stayed out of sight from the galaxy until the Imperial Era. For now, we keep them as "unknown species". Also, we have no articles about metal. --Supreme Commander Raxus (talk) 16:42, April 25, 2019

RE:Quick question and I will ask youEdit

Firstly, I would feel that Grevious randomly destroying battle droids out of frustration is separate from the execution of living beings as a punishment for a crime.

Secondly, as Ruiz has told you, don't put such complicated messages in the edit summaries. Especially not when you're reverting a reversion of an edit you made. In that case, the issue should be either brought up on the article's talk page or the talk page of the user who reverted you. Fan26 (Talk) 17:20, April 30, 2019 (UTC)

I don't think so, though you might want to use different words to refer to the certain character since it can get repetitive--DarthRuiz30 (talk) 23:37, May 4, 2019 (UTC)

Regarding your message to Vitus, you'll note that he hasn't edited for about two weeks. Repeatedly messaging him serves no purpose. Fan26 (Talk) 13:29, June 8, 2019 (UTC)

Hey, sorry I was on vacation for two weeks! I don't have a copy of the book, the information I had was from pictures someone sent me from their copy, but based on review videos on YouTube, yes the book seems to have info on b1 battle droids--Vitus InfinitusTalk 05:58, June 11, 2019 (UTC)

Hey there! I'll try and flip through my copy of this book when I get the chance. If I remember correctly the reference was pretty brief but will check Toqgers (talk) 20:58, June 12, 2019 (UTC)

Please do not copy-paste information from articles just to "move" the page. If there's need to move the page, that can always be donde by using the moving tool. Also, if there's no confirmation of the Lawquane family is a name in canon, there's no point of moving it to that name, It would be most appropiate to move it to Lawquanes.--DarthRuiz30 (talk) 23:11, June 25, 2019 (UTC)

Apparently Rise of Separatists states that the Commerce Guild was comprosided of multiple companies including the Mining Guild. I asked about it on the talk page for Commerce Guild and DarthRuiz30 cleared it up for me. The CG article also has MG listed among its subsidiaries in its infobox. --Alex of Star Wars (talk) 13:36, August 23, 2019 (UTC)

Really its down to how you want to word it, as long as it explains how you got to that year then it doesn't matter either way. If someone modifies it afterwards then so be it --Lewisr (talk) 18:47, September 2, 2019 (UTC)

I removed them because we don't have anything that *definitively* places those events in that year. The Heroes of Mandalore trivia guide referencing Bo-Katan's character model advancing her age "18 years or so" is helpful as an approximation for Heroes of Mandalore, but "18 years or so" is vague enough that it could just as easily mean a couple years more or less. On pages of individual events or characters we can say stuff like "circa" or "approximately," but the year page itself it's best to have only events we know 100% were in that year. The dates for Rebels episodes between "Secret Cargo" and "Rebel Assault" are still up in the air (though I'm looking for and HOPING I come across something that gives us more certainty). Toqgers (talk) 19:39, September 2, 2019 (UTC)

I don't really want to put the same objection down on your FAN nomination that Tommy already has, but as I was looking through Bray (stormtrooper) I noticed at least 2 occasions where things weren't making sense. I'd advise going through again and making sure everything is making sense --Lewisr (talk) 23:14, September 6, 2019 (UTC)

I saw your message on User:Toqgers page, I can't seem to find any mention of B1's in the book. I will take another look over the next couple of days but right now I don't see anything --Lewisr (talk) 00:38, September 13, 2019 (UTC)

Hey there, really sorry it took song long to get back on you on this! I'm looking through my copy right now of the book to find what it says about Battle Droids. I'm pretty sure it wasn't anything new info, just quick Clone Wars reference but will let you know what I find! Toqgers (talk) 01:19, September 18, 2019 (UTC)

100%. I was reading the comic at https://readcomiconline.to/Comic/Star-Wars-Adventures-2017/Annual-2019?id=159485 today. Actually, its funny, the battle droid is set in the form of the famous sculpture The Thinker!—Unsigned comment by Doctor Starwars (talk • contribs).

Hi Editor. This is regarding your edit to Tey How. Non-minor edits to currently nominated articles made by anyone other than the nominator are discouraged. You're welcome, of course, to leave this as an objection on the nom page, but please don't do this again. Fan26 (Talk) 21:58, September 22, 2019 (UTC)

Yep! There are battle droids. They've got a two page spread, just like the original version with some updates. Toqgers (talk) 21:33, October 4, 2019 (UTC)


Hi there. I wonder why you undid my edit in the Special session of Congress page; the reference to the Clone Wars is wrong - the session was called near the end of the Revenge of the Sith film (I am watching the episode right now)...

Hi, I am trying to correct some mistake in the Special session of Congress page (it happened near the end of the Revenge of the Sith, and not at the very end of the Clone Wars, as currently mentioned), but my edits are repeatedly undone! Any ideas? Thanks (UPDATE: forget it, I realised my mistake, sorry)

I would've thought its name would be pure conjecture because it was simply titled "Grievous's fortress", instead of something else, even though it's referred to as "Grievous's fortress" in a Star Wars book. Perhaps I'm wrong. --Erebus Chronus (talk) 21:59, January 11, 2020 (UTC)

Are we really going to say that she isn't the leader of Clan Rook despite having authority to pledge her clan to the Mandalorian resistance? Literally, the only guy who didn't have that authority was just stating the obvious. –MJL ‐Talk‐☖ 05:59, January 12, 2020 (UTC)

But then what is the point of adding the {{Conjecture}} tag? It's been confirmed that she is a member, but it can be assumed she is the leader.
I also wouldn't rely to heavily on the Concept Art, since that early character draft had blue eyes but the one in the show has brown eyes (thus showing things were changed). –MJL ‐Talk‐☖ 20:59, January 12, 2020 (UTC)

Hi Editoronthewiki. Surely you also own the 2018 edition of Complete Vehicles since you've been adding to the appearances section? Identifying every piece of wording that has been changed between the original Legends version and the newest version would be a huge task in comparison, but I know for a fact that much of the Rogue-class starfighter page was rewritten since it was originally the Porax-38 starfighter page in Legends. Mentions of the Resistance have also been added in several places throughout the Original Trilogy pages. Given the rewrite I'm fairly confident we can treat it as canon. Ayrehead02 (talk) 02:28, January 20, 2020 (UTC)

Retrieved from "https://starwars.fandom.com/wiki/User_talk:Editoronthewiki?oldid=8788346"
Community content is available under CC-BY-SA unless otherwise noted.