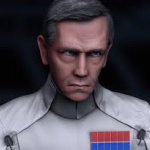 Skirmish in the Tromper Crags (Voidhound

Hey, Fan. Just a heads up that we're going to try and do the Mofference tonight, in 2 hours from this message, rather than tomorrow due to attendance issues. Since you had stricken your attendance, I wanted to send you this message to see if you could still make it. Thanks. Toprawa and Ralltiir (talk) 21:06, August 30, 2019 (UTC)

Thanks, I apologize for my bad grammar in my recent edit of Task Force Admonitor. Supreme Commander Raxus (talk) 14:50, September 5, 2019 (UTC)

Hi, Fan. I'd recommend not engaging Onicle further. He's been trying to perpetuate this thing of his for quite a while now, and you've noticed for yourself his abrasive attitude when he doesn't get what he wants. You've properly warned him for edit-warring, and the administration is aware of the issue and is prepared to step in should it continue. Thanks for your help. Toprawa and Ralltiir (talk) 19:49, September 17, 2019 (UTC)

Hey, Fan. Since you weren't able to attend the latest EC meeting, I'd like to remind you that it's your turn to do the paperwork in case you forgot. Also, if you think your objection here is properly addressed, please strike it.

But even when he betrayed them, he was still part of the Exchange or not? I have seen on many other pages that their former allegiances are mentioned aswell even when they left and joined elsewhere. I could place (defected) behind it otherwise?

And I checked it again, you're right regarding the eye and skin colour that was more assumptions and I forgot that they can have more shades of skin and eye colour! Thank you for pointing me to this detail.

Best wishes and thank you for giving me hints, I appreciate it! —Unsigned comment by Naberria (talk • contribs).

I just saw that you have undid the change done at Darth Perash. It would be really nice to add the detail in BtS then instead of simply removing although I personally believe that the French, German and English descriptions in-game were afterall all written by Electronic Arts so it serves as a good source material. Especially in articles where the gender is unclear in the British version, the German and French variants give quite the good insight into these points.

Regarding the Forgotten Terrace

No, as far as I believe, these are two different temples (they look different in-game aswell). But the temple is not described, we only see a large temple building that is draped with Revanite Banners and the player needs to defeat Revan as main boss in a circular arena in front of the temple. The inside of that temple is not accessable.

I made some screenshots but I am not quite understanding how to upload pictures in the files. I read that one needs a certain upload eligibility? I have uploaded it to another platform for now perhaps you can help to place it into the article!

Oh then sorry for the spoilers! Now I am actually unsure myself since it's a long time ago I played that one myself! Though I think you may be right! I checked and asked around now and there is an SWTOR-Operation that is called "Temple of Sacrifice" which is probably an alternate version to conclude the storyline. However, in the regular storyline (the one I did), they travel to that temple (which looks different from the one in the Operation) but I just checked story-version again and Satele is referring to it as the "Emperor's final sanctuary" so it might be the same afterall and there's probably two versions to conclude the storyline then I suppose! My bad, I should have checked that earlier!

Yes, I do. Death Troopers didn't really patrol, maybe expect one on Lothal, but we don't know. There aren't anymore examples of them patrolling. They are meant as bodyguards for high ranking Imperial officials, but also elite commandos. Let me know what you think. Supreme Commander Raxus (talk) 16:44, October 10, 2019 (UTC)

Didn't had time to dig further on this until today.

So, as you noticed, I edited the page during the week, mostly trying to tie-up indirect mentions in the Codex and the Encyclopedia, however, I was overzealous, and you were completely right to undo that edit. When I first discovered that page, I was doubting it should exist at all, believing that Mantellian Troopers (and the over half dozen Mantellian-type NPCs) were just Republic soldiers with AO-specifics uniform. Digging the game files (thanks to TOR Community), the gears they wear further increased this initial belief, because all of them used assets textures named with "republic" in them. However, still digging the game file, I managed to find out that, while the majority of all humanoid NPCs are named Mantellian something, there is a few with name like Republic something. This, with the Codex entry "Split by Rebellion" shattered my initial belief that the NPCs were AO-specifics republic soldiers, even more when, digging further, other worlds I picked to compare don't seem to present AO-specifics named republics NPCs.

I came to believe that the wook page was right, and to make sense of it all, I must admit I was a bit overzealous, and again you were right to undid that edit. But, that's not the end of this little story, because, let's not forget, this game can be a fracking mess. So, after you undid my edit, I tried to find further proofs or disproofs of what is the Mantellian Army. Let's cut the chase. If you have the SWTOR Encyclopedia nearby, please open it page 37. The character on the left of the page is describe as a Private (in the Republic Military Hierarchy), wearing the uniform that every Mantellian-type NPCs show in the game (exception to doctor and specialist, if I recall). The description read as follow: "A new Republic Army recruit, wearing standard kit for service on the planet Ord Mantell". There it is.

I was wrong, but the page, which you created, is also wrong. While Codex entry "Split by Rebellion" speak of a "government-backed military", one could argue that the government in question could be the Republic, and not the Central Authority, making this page dubious, unless there is specific mention of the Mantellian Army somewhere that I'm not aware of. Anyway, it should at least be marked as conjectural naming, and the infobox shouldn't have those info : "Strength: Mantellian Troopers" and "Headquarters: Fort Garnik". And the Mantellian Trooper page should be edited to show that it's part of the Republic Army. That I could do, but I first want to know what you think we should do about the Mantellian Army page. --NanoLuukeCloning facility 14:53, October 13, 2019 (UTC)

https://starwars.fandom.com/wiki/File:Nossor_Ri_confronting_General_Organa.png Sorry, I didn't mean to. Did I do it right this time?--Doctor Starwars (talk) 22:19, October 13, 2019 (UTC)

Hey, Fan26! Just a quick heads up that I've made a small change to Forum:CT:Naming policy: Canon comic books. The change specifies that parenthetical descriptors will refer to the issue's publication year rather than the series', and the corresponding links were also changed. If you could review the changes to make sure you're still in support, I'd appreciate it. Thanks! - Cwedin(talk) 21:26, October 19, 2019 (UTC)

It was mentioned in the expansion that Scourge and Kira were comatose for a year following Valkorion's final death; not sure how exactly to source that though. Not sure that it counts as a source since it is an in-universe reference. Probably would open that up to debate to see what everyone thinks and then can either keep or remove the page based on that. 220.244.44.210 13:09, October 28, 2019 (UTC)

I know it's been discussed in the topic above a day ago but I think this needs to be brought up again and properly addressed. First of all, it's very counter productive if you just go on and add fact templates to everything instead of questioning my reasoning directly. Regarding the dates--there are no exact dating in SWTOR so well rely on estimates (circas/arounds). It's been widely established that the story starts at around 3643 BBY/3642 BBY and that the vanilla game events take 2 years. From this [[File:Boyd Timeline.png]] we can make the math and say that 47 months (4 years) have passed since the end of the vanilla game events so right now we're starting 4.0 KOTFE at 3637/3636 BBY. At the game's start you're frozen for 5 years and so Chapter I begin in 3632/3631 BBY. Following the events of 5.0 KOTET companion conversations claim 6 years have passed since the carbon freezing which makes KOTFE+KOTET storylines a year long (we're starting at 3631/3630 BBY). Some time has passed since the events of 5.10 on Ossus but we can still claim we're somewhere between 3631-3629 BBY, and that's why I make it "around 3630 BBY". So this is my reasoning and I have quests and statements to back it up. Let me know if you think it's best to start a SH dicussion. Winterz (talk) 14:46, October 29, 2019 (UTC)

Hey Fan. I went ahead and put a proposal up for vote regarding the Outlander's diverging storylines. I understand you had some worries regarding the need for one but please let me know if the proposal is suitable: Forum:CT:The Old Republic: Commander's storyline affiliation. Winterz (talk) 21:40, November 1, 2019 (UTC)

Congratulations, you have qualified to participate in the 61st EC Cup! Please bring your A-game if you're coming, or leave notes if you cannot attend. QuiGonJinn

My apologies, Fan, I'm rusty with the use of older sourcing templates. However, you should note that there is something in WP we call sofixit and that would apply to you. If you see there's an error or something simple in need of fixing, you can easily do it yourself (such as the TORcite class fix). Winterz (talk) 20:18, November 7, 2019 (UTC)

It's time for the 62nd annual spilling of the tea. Be sure to arrive at 4pm EST on Sunday, December 29 with your tea in hand, or leave some juicy drama in the notes if you cannot attend. MasterFred

Retrieved from "https://starwars.fandom.com/wiki/User_talk:Fan26?oldid=8803241"
Community content is available under CC-BY-SA unless otherwise noted.