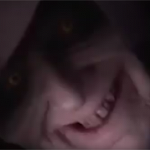 While all good-faith contributions to Wookieepedia are appreciated, we ask that you please refer to Wookieepedia:Images and familiarize yourself with the sourcing and licensing requirements before uploading any more images. The only uploading method supported by Wookieepedia, Special:Upload, will prompt you to enter this information. Continued violation of the image policy or falsification of any information in an upload description are considered vandalism and will likely result in a block. Thank you. <-Omicron(Leave a message at the BEEP!) 15:31, June 23, 2016 (UTC)

Not every post on StarWars.com is meant to be used as a canonical source. Many, like this one, just aggregate things from a variety of sources and mash them together into one post, regardless of their origins. They're designed to just be fun, informative posts rather than sources that can be used, as all they really do is compile pre-existing sources. They aren't necessarily canon or Legends—they just kind of exist. Cevan

Hey! I just see you put a link to a map on your user page, is that what you're using for reference when making edits such as this? I only ask because that map seems to have a lot of legends information on it which makes me think it isn't from a canon source, do you know where that map comes from? --Lewisr (talk) 20:55, December 4, 2016 (UTC)

Question re: Capitalization in categories? Edit

Hello! I have seen you as a prominent recent editor, so I was hoping you might be able to answer a question I have not found a previous answer for. While creating a page for cluster mines, I came across the error message "The modification you tried to make was aborted by an extension hook." I have found answers that suggest it is related to the number of edits that an account has made, while others have suggested refreshing the browser or the page. None of these solutions have worked. Have you a suggestion? ExplodingChickens (talk) 02:29, March 6, 2017 (UTC)

Can you go to the book Line Of Duty and make a wookipiedia for beznaz.

Have they named the planet that killan-71 orbit???

Hello again. I have tried using the visual editor as you mentioned and I have again encountered the glitch. Should I try using a different browser? I'm not sure what's happening; only that it's severely irritating to write for twenty minutes and have all of it be utterly pointless. This is how the world ends-- not with a bang, but with an edit. (talk) 22:36, March 15, 2017 (UTC)

Hello, GrandChewbacca. This message is to inform you that your user signature is currently in violation of our Signature policy, which states that custom signatures may only have a maximum of two defined colors. Yours currently has three. We ask that you please revise your signature to bring it in line with our policy. Thank you. Toprawa and Ralltiir (talk) 23:29, March 29, 2017 (UTC)

Please, do not create canon articles, Nexus of Power is not canon is a FFG product which is on discussion if it should be considered canon or legends. Currently they can be used if there's something that originated from Canon like using Lothal information or using the Imperial Palace image since both of them originated form Canon not Legends. Both of those articles are not using something originated from canon--DarthRuiz30 (talk) 00:36, March 5, 2018 (UTC)

Mikkians in "Knights of Fate" Edit

Hello there! Do you, by chance, happen to won a copy of Knights of Fate? Since I'm the one who originally brought the Mikkian article to status, I'd be glad to update it accordingly, but I do not own that book. Is there much new lore about them? --Lelal Mekha

Retrieved from "https://starwars.fandom.com/wiki/User_talk:GrandChewbacca?oldid=8813249"
Community content is available under CC-BY-SA unless otherwise noted.