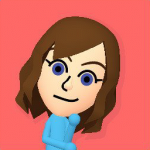 Hey, NoahR9! I saw your message to Brandon Rhea, and just wanted to inform you that for the last two hours, the whole Wikia website was on a view-only mode. You can read more about it here. - LoLuX12 (walkietalkie) 08:41, April 20, 2016 (UTC)

Your recent addition to the Quote of the Day page needs to be fixed. The title doesn't match the speakers, you need to add your name to the votes and you need to add a vote count. Thanks. <-Omicron(Leave a message at the BEEP!) 20:06, May 12, 2016 (UTC)

Sorry I'm late. And crap, you're right. I don't know how I could be so dumb. I must've changed my mind on the quote half way. Will go right now. Thanks NoahR9

Please do not convert pages from Legends to Canon in the manner that you did with acid rain. The pages must be moved to preserve the article edit history, not copy pasted into newly created articles. That said, I commend you for taking the time to switch the article links. I have moved the acid rain page in the correct manner because you did that. -Sir Cavalier of One

Crap, I'm so sorry! I'll remember that! Thank you, I just wanted to help out! NoahR9

Why you keep undoing my changes at Video game? —Unsigned comment by Starwarscutscenes (talk • contribs).

Hello Starwarscutscenes. I'm removing the changes because such a page has never been linked to or requested. It's just not necessary to have an article about Battlefront III (which might already exist for all I know). Also, the naming style you added (Cancelled Video Game) is incorrect. -- NoahR9

I can't find any wiki about cancelled Battlefront III? Also its not mentioned on http://starwars.wikia.com/wiki/Video_game and it should be under Canceled games. —Unsigned comment by Starwarscutscenes (talk • contribs).

I'm not fully understanding what you're saying. But it's not necessary. If it was, the article would already exist. Talk it up with an admin, please.

From what I understand there was never any official confirmation of Battlefront III being a thing, which is why there's no article on it. Star Wars Battlefront is for all intents and purposes BF3 and is also why Star Wars: Battlefront III redirects there. If anything, notes about BFIII could be included in the Development section of SWBF, provided all claims are relevant and properly sourced. Cheers, 1358 (Talk) 11:56, August 30, 2016 (UTC)

You're pretty right, except we did recently get some leaks from BF3. That said, I agree that we should put it on EAs Battlefront or the original BF2 in an extra section. NoahR9

Hello, templates should not be created in the Template: namespace unless they're going to be widely used on Wookieepedia. Additionally, templates should always be categorized just like any other pages. I've moved {{L}}, {{Close}}, and {{Skype markup}} to subpages of yours. Thanks. 1358 (Talk) 13:27, September 2, 2016 (UTC)

Thanks, and I apologise. I was just sort of using it as a test creating markup languages, didn't really think it through. I won't do it again. NoahR9

Hi, I saw that you had edited a page I recently created, "The Way of the Star Wars Warrior".

Thank you! I am very new to this. I was hoping you could add that article as a source and reference for the (Canon) Mandalorian page, or tell me how to do so. Thank you in advance. —Unsigned comment by KainrykKarr (talk • contribs).

Hey! I'm glad I could help. I just like editing new pages to make the quality higher.

No problem (if you mean adding it to the "Sources" section), I just did. :D NoahR9

Wow, you edited and fixed everything I've been trying to fix in about five minutes. Do you have any tips for a new editor? I've found it confusing trying to learn from scratch. —Unsigned comment by KainrykKarr (talk • contribs).

Really, did I? Thanks dude. Well, for starters, I suggest checking out WP:WN, some policies (found at Wookieepedia:Policies) and the help pages on Fandom. They should give you all you need to know about editing on the Wook. (Also, don't forget to sign messages on talk pages like this one with four dashes: ~~~~ Thanks, and happy editing! NoahR9

OK, i've just added the "and". Also i've added that it was Windu's idea to assassinate Dooku and in the intro that Windu did indeed best Sidious and came very close to killing to killing him because he believed he was too dangerous to be left alive. Is that ok? Let me know if you think there's something wrong with those changes. But anyway, i'll leave it alone now for a while. Sam sparrow

I need some help with verifying the page, Michael FulmerEdit

Do you know how to add sources? I'm asking this because I need help with adding source that says that Michael Fulmer is a model maker which is as I'm referring to the credits for Star Wars episode V (Although it maybe too late) and I'm sorry that I left it too late. Thanks --Winkybunion64 (talk) 02:46, November 22, 2016 (UTC)

Hey Winkybunion64. You may have seen Lewisr replied on your talk page, but other than using the help page, feel free to check the what links here page for the Michael Fulmer article, and possibly find sources from there. Additionally, haven't you sourced information for Puppet Sagapedia before? Unless you don't mean how to use ref tags, and simply the actual information itself. Thanks! -- NoahR9

In case you haven't seen it... Edit

Hi Noah, I started a discussion relating to one of your edits. Pointing it out in case you don't monitor the Senate Hall but would like to chime in. Cheers! Asithol (talk) 09:14, December 9, 2016 (UTC)

Hey Noah! Whilst I have no doubt about what you added to the page until the film is released officially on the 16th its best not to source usung the films credits, feel free to add back if I'm wrong --Lewisr (talk) 22:03, December 14, 2016 (UTC)

i'm sorry you were not amused by the joke i made in response to your question, but i also asked a legitimate question of my own. i do not think what i posted qualifies as vandalism, so i will resubmit the question there (but i'll skip the joke this time).

Never buy a droid programmed by a failed comedian.

Hay, can I buy some death sticks?Edit

MAY THE FOURTH BE WITH YOUEdit

Please do not post spoilers for The Last Jedi until Friday, per Forum:SH:Wookieepedia spoiler lockdown. You may be banned if you continue to do so. Thanks. - Brandon Rhea(talk) 02:13, December 14, 2017 (UTC)

Hi Noah, I'm a bit puzzled by this edit of yours. It is my understanding that Listehol is mentioned in the TLJ visual dictionary; in that case, you can just go ahead and overwrite everything on the page. It doesn't need to be deleted beforehand. Cheers. 1358 (Talk) 17:51, December 15, 2017 (UTC)

Retrieved from "https://starwars.fandom.com/wiki/User_talk:JessR9?oldid=8705466"
Community content is available under CC-BY-SA unless otherwise noted.