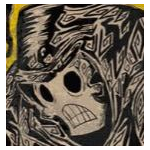 Hello. I wondered what was your source for the name "Allanar N3 light freighter." Sure, that ship appears multiple times in Star Wars: Uprising, but I can't recall the name being used anywhere. --LelalMekha (talk) 09:47, February 15, 2016 (UTC)

One of the sources on that page is Kabam's Star Wars: Uprising Concept book. The book was made exclusively for devs at Kabam, Disney, and a few other people outside of the companies. In the book it specifically names the ship "Allanar N3". --Johnnyrocket64 (talk) 15:32, February 15, 2016 (UTC)

Retrieved from "https://starwars.fandom.com/wiki/User_talk:Johnnyrocket64?oldid=8537273"
Community content is available under CC-BY-SA unless otherwise noted.