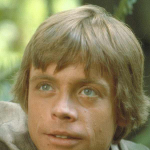 I noticed that you have been adding the Out of Universe template to several of the articles related toLEGO Star Wars: The Freemaker Adventures. I have to admit I was the one that wrote those articles. However, I don't think that template is necessary because all the information that I used for those articles came from two trailers that were released by Lucasfilm Ltd.. We know very little about the characters other than what has been revealed in the trailers. The term Age of the Empire is also a Canonical term. I don't see anything in those articles that can be misconstrued as OOU. Before anyone reverts those edits, I wanted to discuss this with you first. Andykatib 06:21, June 2, 2016 (UTC)

Retrieved from "https://starwars.fandom.com/wiki/User_talk:Kohtohyah?oldid=8538566"
Community content is available under CC-BY-SA unless otherwise noted.