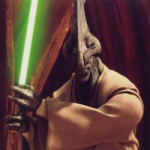 Please do not add nonsense to Wookieepedia. It is considered vandalism. If you would like to experiment, use the Jundland Wastes sandbox. Thank you. JangFett (Talk) 14:41, January 22, 2012 (UTC)

Hey, Lamp774! I just wanted to let you know why I removed a few things you recently added to Wookieepedia. For instance, you edited the Dams Denna article to say he was possibly a Human and that his homeworld was Naboo. Well, actually, we don't know what his species is (since other little people, like Rycar Ryjerd have been classified as Bimms) and no source says what his homeworld originally was. It may be Naboo, but we just don't know. In short, we don't allow speculation on Wookieepedia, only things that have been established as "facts" in the Star Wars universe. Also, you added "podracing" as the affiliation of various characters. Actually, "podracing" is a job, not an affiliation. For affiliation, think of faction, like the Republic, or the Empire, or whatever. At the end of the day, you seem like a well-intentioned contributor, so please don't let the fact that some of your edits were reverted get you down. We have a lot of rules and conventions around here, so it may take some time to get used to. Let me know if you have any questions! ~Savage

Oh yeah forgot to ask: On a few Separatists I've seen Republic on their affiliation, which is fine because they used to be, but on some of them (like I just did Rogwa Wodrata) I put formerly in parentheses after it. I've seen that done before so I'm assuming this is okay? --Lamp774 15:17, January 22, 2012 (UTC)Lamp774

Ok, well some of them actually said Galactic Republic as their faction and plus some of the major ones like Tarfful and a few other members of Merumeru's volunteers already had it that way, so I figured that all of them should have it but I see your point. (Wow seems like nothing I do is right :P) --Lamp774 01:20, January 23, 2012 (UTC)Lamp774

Hey there! There's no policy on it, so I can only tell you what I personally think. I'm not a fan of adding things like "formerly" to character infoboxes, as I believe that infoboxes should reflect a character's entire life rather than the moment in time that they appear in canon. For example, Jedi Coalition is the final affiliation listed for Wedge Antilles, but "formerly" isn't listed next to everything he served beforehand. Again, this is nothing more than my opinion, but it may be worth getting some community consensus on in the future. Cheers! Menkooroo 03:13, January 23, 2012 (UTC)

Hi, I see you added EP3 to the appearances list of the Ground beetle. I had removed EP3 from the list a few months ago after this discussion, as the beetle on Dagobah in EP3 seems to be a Gelagrub and not the same as the beetle from Galaxies. Or does the beetle depicted in the infobox picture appear in the deleted scene? I don't have access to my EP3 DVD at the moment, so I can't check it for myself. Regards, --Craven 18:21, February 4, 2012 (UTC)

Well, I was on the EP3 article and it said on the creatures list that it appeared in a deleted scene. I'm not actually 100% sure it does, guess I just trusted that page. Next time I watch it I will look in the deleted scenes and keep an eye out for the beetle. --Lamp774 11:41, February 5, 2012 (UTC)Lamp774

I don't know, according to Senator_Cilghal in that discussion, the beetle on Dagobah looks like a small gelagrub. Don't know if it's really a gelagrub, but it seems it's not the same beetle as the one from Galaxies. I'm removing EP3 from the appearance list for now, maybe we need a separate article for the EP3 beetle. --Craven 20:59, February 6, 2012 (UTC)

Hello. Please do not add mainspace categories to your userpage, such as Category:Jedi Masters, as that places your userpage in that category along with other relevant articles. Please remove them from your userpage when you have a chance. Thank you. Toprawa and Ralltiir 21:53, February 5, 2012 (UTC)

Please take a look at the fifth item that was passed during the recent Mofference. You must include parenthetical descriptors for conjectural titled articles. I corrected the titles for the unidentified Nightsisters, but please watch out in the future. Thanks, JangFett (Talk) 16:37, February 26, 2012 (UTC)

Your recent edit on Unidentified Providence-class carrier/destroyer (Dathomir) added all of the battle ship specifics of the Provedence class. Instead, take a look at the info box of Grievous's Providence-class carrier/destroyer. This example does not have all of the specifics, just the known facts from the episode. Try to leave the battle ship specifics on the provedence page unless a source tells you that Dathomir ship had all of those. (For all we know it could have different specifics, even though it is a Provedence class). Thanks, 501st Dogma

Hey, I just wanted to say that I'm glad I'm not the only teen on Wookieepedia. So far the only people I've seen around (except for you, of course) have been adults, as far as I can tell. It's nice to know that there's some interest in Star Wars in my generation.--BrishaDayes 17:10, February 26, 2012 (UTC)

Hey there Grand Admiral Peds, I would love to look over your edit but am having a little trouble finding what you changed for some reason, could you specify? --Lamp774 18:03, February 26, 2012 (UTC)Lamp774

Please make sure to keep proper English capitalization in mind when creating articles—for example, Unidentified RA-7 protocol droid (Tatooine) is the proper capitalization instead of "Protocol Droid." Please refer to the Manual of Style and Layout Guide if you have any questions. Thank you. CC7567 (talk) 07:32, March 3, 2012 (UTC)

Please stop spamming talk pages with irrelevant messages like "if you're doing that for the fanon thing, it's an APRIL FOOLS JOKE". The additions made are all within policy. nayayen★talk 11:13, April 1, 2012 (UTC)

Thanks for fixing up my affiliations! I'm not 100% pleased with those pages anyway, I just wanted to get a few started so I don't forget or get overwhelmed as the character count racks up. So thanks for fixing that! :) Derpherpherp 10:55, May 6, 2012 (UTC)

The Inuse template has been placed on the Samoc Farr article for the time being as I update the article with new material. This is designed to reserve the page for a user's specific use while it is undergoing active work, as you will see if you read the template. Please refrain from editing the article, or indeed any such article, while this template is up. Thank you. Toprawa and Ralltiir 00:38, May 18, 2012 (UTC)

Please be aware that the {{Eras}} template is reserved for only those eras in which the subject has made an actual canonical appearance. It should not be used for eras that the subject is merely presumed to have existed in. I have therefore reverted your edits to Snow falcon and Singing fig tree. Please keep this in mind in the future. :) —MJ— Council Chambers Thursday, June 7, 2012, 01:32 UTC

Regarding your unidentified Nightsisters article Edit

Hello, Lamp774! I see you're currently creating a bunch of articles for unidentified Nightsisters—which is all right with me. I just wanted to point one thing out, though: a female Dathomirian and a regular Human female with pale skin are completely indistinguishable. So I guess you shouldn't add "Dathomirian" as the species on thoses articles, unless it is explicitely told in some source. --LelalMekha 11:28, June 24, 2012 (UTC)

Regarding your recent unidentified articles: Stop. Just stop. If you can't bother to produce images, then their notability is not even worth debating. And looking at your "Unidentified Characters" section, many of the characters you think are unique are actually pre-existing characters. So, I'll ask again: please stop creating random unidentified articles. I would strongly suggest you wait until some of the TCs are resolved before making any more, as both you and TheMasterMind are responsible for many of the Unidentifieds that we will be discussing. Cade Calrayn

Per the user page policy, point 10, galleries are not permitted on user pages unless they serve a constructive purpose. Please remove it, or an administrator will remove it for you. Cade Calrayn

Hey there. The Yuuzhan Vong Empire doesn't exist until Destiny's Way. Please don't add it to the affiliation fields of characters who died before then, such as Yomin Carr and Quoreal. Cheers. Menkooroo (talk) 19:51, August 10, 2012 (UTC)

LOL hello right back at you bro xD

Hello, I saw your last planet creation (Chelleya). Remember the online companion is a source for systems only. You have to remove it from planet's articles ann add it in the notes and references like this. Please correct it. Hk 47 (talk) 13:06, October 27, 2012 (UTC)

Hello Lamp774, I have two questions for you: exactly how is Unidentified stormtrooper (E-11 carbine) featured on that website listed under sources? Also, is it really clear that the Unidentified ISB stormtrooper featured on the "Imperial Security" card was in fact an ISB member, as opposed to a normal stormtrooper who served as security on at least one occasion? Hanzo Hasashi (talk) 18:55, February 3, 2013 (UTC)

Regarding your recent edit to Grevin, please do not add information to articles when you clearly haven't accessed the source material. True, the infobox said Republic, but do not add the information if you haven't verified it yourself. Thank you. Cade

Ah, yes. I wondered whether it was a valid source and figured that if it was not someone would tell me. Thank you for notifying me. I will not include it in the future.--The Lampshade... (talk) 23:00, November 4, 2013 (UTC)Lamp774

Retrieved from "https://starwars.fandom.com/wiki/User_talk:Lamp774?oldid=8685851"
Community content is available under CC-BY-SA unless otherwise noted.