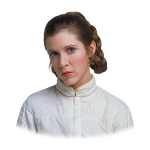 Hello LennyF. I see that you've been doing a huge amount of grunt work on sources and appearances, especially on articles pertaining to Alderaanians such as Bail Organa, Breha and others. I'd like to thank you for that; I'm currently working on many of those articles, and having clean appearances/sources lists makes it much easier. I also wanted to ask you something: could give me a full transcript of the letter Madam Nestor sent to Bail Organa when Leia was expelled from Crevasse City Collegium for Young Ladies? It would be greatly appreciated. Regards. --LelalMekha (talk) 21:56, January 27, 2013 (UTC)

Hey, thanks for providing the correct template and info for your Winter image. It's not always the user's fault for not providing the attribution template, as Wikia messes up stuff sometimes, but it's great to see that you put an effort towards fixing it. Keep up the good work with the Alderaanians, and welcome to the Wook. Cade Calrayn

Hey, the image "DeceptionFuneral.jpg" that you uploaded for the Padme Amidala page showing Obi-wans funeral is listed as coming from the episode "A Friend in Need". I would fix this myself, but I have no idea how, so I'm just letting you know. Serafina360 (talk) 19:04, February 3, 2013 (UTC)

Greetings. I noticed you have Star Wars: The Clone Wars: The Complete Season Four in your collection. May I ask if you own the DVD or the BlueRay-Version? I would need the information about Bulduga in the latter one to update him. Thanks for your time. Clone Commander Lee Talk 21:39, March 30, 2013 (UTC)

Dressing a Galaxy: The Costumes of Star Wars Edit

Strange. I deleted the image, so perhaps you could try and reupload it again with the same file name (or different). Looking at the file history, it seems like the same image was uploaded (200x276), instead of your higher resolution. JangFett (Talk) 16:58, June 25, 2013 (UTC)

Re: Italics vs. Quotes Edit

Hey there, Lenny. Thanks for the message. I do applaude your work on keeping our Insider issues up to date, but the italics versus "quotation marks" difference is endemic to the English language itself: it's standard punctuation. While the articles have been italicized for the majority of the past Insider issues, that is objectively incorrect, and per the MOS, "we mandate standard American English spelling, grammar, punctuation, and word usage." At some point, someone started italicizing all of the articles—it was early on in the Wook's history, before we were really trying to be conscious of this stuff—and it has been done the objectively wrong way ever since. The same thing happened with short stories, which is bit confusing since people see their names in print—quoted— commonly, yet the same mistake keeps getting made because it was first made a long time ago. Thankfully, the difference between when italics and quotation marks are to be used is (mostly) straightforward. I tracked down some resources to help you out. Purdue OWL is a highly respected writing manual from Purdue University and the relevant parts of that page are under "Quotation Marks" and "Italics." For a more straightforward cheat sheet, here's a page from St. Louis Community College that just lists it out. I hope those help you in the future. That "mostly" I mentioned before is that sometimes there's a grey area when people are talking about really short novelettes or novellas. Occasionally, they can be found both quoted and italicized depending on if they're treated as books or "short stories." Nonetheless, that normally isn't a problem, and is determined one way or the other by asking "Would this stand alone as a book?" and considering the number of pages. Consensus can usually be reached as in the case of Of Mice and Men, which usually runs about 90 pages. Cheers and keep up the good work! :D NaruHina Talk

May I ask why you removed the link in Species to Sentient Species? If you look in the talk page, I explained why I included it: http://starwars.wikia.com/wiki/Talk:Species Also, when you remove something, please put the reason in the Edit Summary. Thank you --Richterbelmont10 (talk) 22:54, June 28, 2013 (UTC)

Thank you for your reply. I understand your reasons for removing my link. However, a lot of people were asking for a list of species. They couldn't seem to find one. When I tried to find one, I had a hard time finding it. I finally found the Category for Sentient Species, and I thought it was a very good page for the Species page to link to.

It may be true there is no See Also: Category link. But, the Categeory links are at the bottom of many pages. I still believe that the category link should be put back, in the interests of making Wookieepedia a better place to navigate and find things. I'm convinced that people who would see that category would click on it.--Richterbelmont10 (talk) 16:05, June 29, 2013 (UTC)

Hi, the promotional cards included with Star Wars Insider #145 were produced together as a coordinating effort by both Topps and HighBridge. These (4) promo cards are to promote both the new card set from Topps, and the original radio drama, published by HighBridge, which will include two Topps cards from the set. Hope that clears up any confusion.—Unsigned comment by Ninjedi (talk • contribs).

Hey, Lenny. You probably don't know it, but the community is really impressed with your work, and we elected you the Wookieepedian of the Month! Congratulations. You definitely deserve it. Your name will be all shiny on our Main Page for the next thirty days. Feel free to show it off! Menkooroo (talk) 01:46, November 1, 2013 (UTC)

Hello LennyF, would you perhaps have the Star Wars Illustrated: A New Hope cards, seeing some of your recent edits? If so, would the In the War Room card picture Bob Hudsol and Evram Lajaie? Similarly, does the Yavin Ceremony card picture everyone at the top of the stairs? Also, would the Captain Antilles Caught card include Unidentified stormtrooper commander (Tantive IV), who I know had an expanded role in the radio drama? Thanks. Hanzo Hasashi (talk) 02:29, November 11, 2013 (UTC)

Hello. I noticed Star Wars Chronicles: The Prequels in your collection and wondered if you could tell me what info is given about Tan Yuster, Bairdon Jace, Que-Mars Redath-Gom, Khaat Qiyn or other Geonosis strike team members is in there? Thanks for your time. Clone Commander Lee Talk 00:11, March 17, 2014 (UTC)

Hello LennyF, would you by chance have the physical cards for Star Wars: Galactic Files Series 2, or your only access was from the Internet? I am looking for whatever text M'Kae's card has, as I have written here, as his card is one of the only ones where I can't find the back text on the Internet. Given the state of his article on Wookieepedia at the time, I am wondering (and quite wary of) if the card would have canonized at least the storyline surrounding, if not the entire Imperial-aligned mission related to him, as neither Starsider or I were aware of the differing storylines based on player allegiance at the time of the card game's publication. Or maybe it simply said he was on Restuss after the Battle of Yavin, or mentioned nothing of that Galaxies stuff. In any case, if you have it, can you transcribe the text for me, and I can figure out if I need to overhaul the whole article? Thanks. Hanzo Hasashi (talk) 18:46, April 4, 2014 (UTC)

Hey, Lenny. Would you mind reuploading that larger Insider 154 cover image as a new file? We should actually keep the one that was originally there in the cover gallery since they're a bit different from one another. Yours appears to be the final version and should go in the infobox. Toprawa and Ralltiir (talk) 19:08, November 29, 2014 (UTC)

Hmm. The girl in the picture you sent me, I thought that she was supposed to be Pooja. It certainly seems to match the picture of Pooja on her Legends page. Also, the existing image on here, the one you linked me, it identifies the girl behind Jar Jar as Ryoo. ProfessorTofty (talk) 19:10, April 6, 2015 (UTC)

Hey. I assume from your recent uploads that you have a digital copy (or the ability to make digital copies) of Insider 162. If that's the case, can you upload the image of Leia from Page 34? That would be perfect for the Leia Organa infobox. Thanks! - Brandon Rhea(talk) 16:36, December 25, 2015 (UTC)

Retrieved from "https://starwars.fandom.com/wiki/User_talk:LennyF?oldid=9162842"
Community content is available under CC-BY-SA unless otherwise noted.