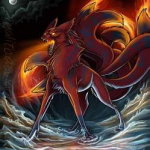 why not, it says that and I empathize Jacen redeemed himself in the end.

Because it was decided by a consensus of users to leave the page at Darth Caedus. The dramatis personae of Invincible lists him thus, as well. Graestan(Talk) 03:51, 17 May 2008 (UTC)

Hey, when creating articles, please remember to add sources and/or appearances, otherwise myself or another administrator may delete the new article as fanon. Providing sources or appearances is the easiest way to make sure new articles can be verified. Thanks, Greyman@wikia(Talk) 21:39, 3 June 2008 (UTC)

Ah Crap, I knew forgot something thanks for the reminder.

No, actually, I tried modifying the template, but couldn't get it to work. I'll ask an administrator about it. Secondly, please sign all posts you make with the four tildes. I'd really appreciate ot if you would sign your commemt on my talk page. Thanks.--Jedi Kasra 04:02, 5 June 2008 (UTC)

Thanks and sorry man.

I know I checked it before I went camping.

Hello Shannara, I've noticed that you created this article, but have since left it under the attention of others. Is it your intention to finish it? If so, I would like to assist you...let me know what you think.—Tommy

Yeah Tommy I've just been having trouble getting part 5 and I'm waiting to get part 6 so yeah I kinda need some help.

Sure man I'll take any help I can get.

Hello. In case you didn't know, when you add content to talk pages and Wookieepedia pages that have open discussion, you should sign your posts by typing four tildes ( ~~~~ ) at the end of your comment. You may also click on the signature button

located above the edit window. This will automatically insert a signature with your name and the time you posted the comment. This information is useful because other editors will be able to tell who said what, and when. Thank you! - Kingpin13Cantina Battle Ground 14:50, 26 June 2008 (UTC)

Whatever you say man.

Because, per how this site has always worked, instead of having a protracted edit-war, you take your arguments to the article's talk page. Also, sign your posts with four tildes, please. (like this: ~~~~) Kreia's page is going to be locked for quite a while, since this sort of nonsense is quite common with her. I really don't care a whit whether or not she was redeemed; I'm just doing my job as an admin to ensure stability. Graestan(Talk) 14:57, 28 June 2008 (UTC) All right man, don't bite my head off, I just wanted to know why ya did it kay man. —Unsigned comment by Master Shannara (talk • contribs).

Jedi Exile: "Kreia, there's still time to save you"
Darth Traya: "Save me? You already have..."
―The Jedi Exile and Darth Traya[src]

She was not redeemed. She died trying to destroy the Force, acting as neither Jedi nor Sith, and never admitted that she was wrong or be sorrowful over her deeds. This had been discussed a few times in her talk page. If you want to further discuss it, please discuss it there. Drewton

I posted the link to the preview on the wikipage for this comic as I should have before. Ajeanette

Can you please point out to me where Barrison Draay's death date is given in the Vindication arc? I'm not finding it.

That's true but Dossa told Haazen that Exar Kun was planning to pull back to Yavin at the time of their "ambush".

Doesn't matter, she still said Kun was pulling back which I know he'd never consider 'less he was losing and he started to get pushed back a year after he declared war.

Still think we should go with more recent sources, beside, homecoming could've made an estimation and Dossa was just repeating a rumor which u and I both wouldn't have started if the Sith were winning and they were until the last of the war.

Said it before, I still think we should go with Vindication.

I moved the Mission to Prakith back to that. If you feel that Yinchorr and Endor were not duels either, change them to be correct. Don't change one to something wrong just because something else is wrong. Three wrongs do not make a right, and that is not how we operate around here. Thank you.—Tommy9281

Just cause they don't have lightsabers doesn't mean they're not duels.—Unsigned comment by Master Shannara (talk • contribs).

Guess I can't argue when it comes to that. —Unsigned comment by Master Shannara (talk • contribs).

You have been blocked from editing for 1 month. To contest this block, please contact the blocking administrator with the reason you believe the block is unjustified. Your constant abuse of Wookieepedia to insert your own (almost invariably incorrect) interpretation of things stops now. If you ever move a page to a fanon title again after your block expires, that will be the end of your thus far completely unproductive Wookieepedia career. Furthermore, you've been told how to sign a comment several times now, so I'll give you a cooldown block for a week or so every time you do fail to that from now on. Putting random dates into pages that contradict explicit canon? That's a block. Removing sourced material like Ataru warned you about? That's a block. From what I've seen so far, your presence here is completely useless. I expect you to prove this incorrect or at least stay out of the way of people who actually make Wookieepedia better. -- Darth Culator (Talk) 14:56, 22 October 2008 (UTC)

Please stop this episode of moving the title of the Darth Krayt's Galactic Empire article back and forth. This is considered edit warring, something for which you have been blocked twice now. Rest assured, the article is placed at "Darth Krayt's Galactic Empire," because this is its most official canon name that can be provided. If you disagree with this, please continue to discuss the issue on the article's talk page, rather than perpetuating this reversion war. If you continue to edit war, you will find yourself blocked from editing for a third time, which I can pretty much guarantee will be for a considerably longer period of time than your first two blocks. Thank you for your cooperation. Toprawa and Ralltiir 16:33, April 15, 2010 (UTC)

It might not have been your intention, but your recent edit removed content from Cho mok. Please be careful not to remove content from Wookieepedia without a valid reason, which you should specify in the edit summary or on the article's talk page. Thank you. OLIOSTER (talk) 05:07, November 16, 2010 (UTC)

Hey there, you might want to remove the Inactive user template on your profile page, as I can see you are no longer inactive. I would, but I'm not sure I have the rights to edit your page.--Kohtohyah (talk) 05:55, July 29, 2016 (UTC)

Hello. Please remember that categories are to be listed in articles in alphabetical order, in accordance with the Layout Guide. On some of the articles you have been editing recently, you have been just dropping categories to the bottom of the list (example). This is particularly problematic considering you are editing status articles, which require that all site formatting policies be followed, so you are placing these articles in jeopardy of status removal and creating more work for other people. Please mind this as you make future edits. Thank you for your cooperation. Toprawa and Ralltiir (talk) 23:23, January 1, 2020 (UTC)

Retrieved from "https://starwars.fandom.com/wiki/User_talk:Master_Shannara?oldid=8744020"
Community content is available under CC-BY-SA unless otherwise noted.