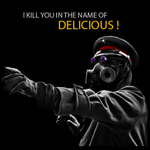 Thank you for your advice Nayayen. As you can see in my sandbox (User:LelalMekha/sandbox2), I tried to combine my last edits and vwith your edits. I hope everything is fine this way, and I'd be glad if could take a look at this expanded draft. If it looks fine to you, I'll proceed and update the real article. --LelalMekha 14:01, April 5, 2012 (UTC)

Nayayen, thank you for the greeting! I apologize for the abundance of recent edits - the last wiki I was on didn't have such restrictions, so I'll be more careful with my edits. Also, could you please help out with the recapture of Tythe and Battle of Nelvaan articles? I'm currently trying to fix both of them and explain the sequence of which they occur, and help would be appreciated. Thanks, Chip Brown 18:26, April 6, 2012 (UTC)

Hi, Nayayen. I just wanted to address the concerns that you and MasterFred had concerning the nomination for the SWpocketmodels website—belated, I know, so sorry about that. You searched for a link and didn't find one, and I thought we had one on our Links page. However, I was confusing our link listings with that of a site affiliated with us (an unofficial non-profit online version of the game, SWPM Online). I will correct that isssue and make sure that Wookieepedia is on the official site's Links list sometime today or tomorrow. Additionally, one of our moderators who has been with the website since the beginning and who recently became a Wookieepedian—stlnprfln—will be at Celebration VI. We asked him a week ago if he could show SWPocketModels' support of the Wookieepedia and assist with the booth while he is there and he has volunteered to do so. Additionally, our website provides plenty of historical info on the miniatures that are found in the game. The pages contain links to all the related articles on the Wookieepedia, so that anybody that purchased the game would be able to learn more about the background of their miniatures by being redirected to Wookieepedia. Is this good enough public endorsement or is their something else that we are missing (aside from the link, of course, which will be rectified shortly)? —GethralkinHyperwave 19:27, April 6, 2012 (UTC)

Hey, Nayayen. I'd like to direct your attention to this. If you could check it out when you get a chance, I would appreciate it. Thanks.—Cal Jedi

Would you consider working with me to fix the KOTOR wiki? The total people i'm asking to work with me NaruHina, Nayayen and Redemption. Fire-lord (If no one talks thing out, how will we ever have world peace?) ; 22:53, June 21, 2012 (UTC)

I know you tagged the Wolfpack SVG with {{Imr}} but I think we should keep the old version as evidence for future investigations into its misuse. I could always delete it and try to restore it later, but the Wikia servers are notoriously fickle about that. -- Darth Culator (Talk) 15:42, October 8, 2012 (UTC)

At 0:00 UTC (8:00 PM EST), I will be assuming responsibilities for leading this project, due to my predecessor Cylka's inactivity. Wherever she is, I wish her well in her endeavors, and should she come back, I will gladly turn over leadership back to her. Over the next few weeks, I look forward to reviewing more articles and also wish to get more KotOR-related projects off the ground, and look forward to moving forward to bettering this project and ultimately Wookieepedia. Thank you for your continued service to Wookieepedia.—Jedi Kasra ("Indeed.") 00:57, December 20, 2012 (UTC)

Permission for a pic. Edit

I saw your pics on the website and I was wondering if I could get permission to use your Great War Jedi vs Sith.jpg for the banner for my guild's website. I thought that pic was awesome and fit our guild very well since we have mirror guilds for the Star Wars The Old Republic. --75.139.129.155 08:14, January 11, 2013 (UTC)Hilar

Good day, gamers! WookieeProject Video Games has reached a new milestone. The members of WP:VG have taken 100 articles to Comprehensive status! The 100th article was Inspector-General, from the Star Wars: The Force Unleashed II in-game databank. The full list of articles can be seen here. WP:VG and its members can be proud of the accomplishments we have made. As we near the two year mark of this ambitious project, we look back and see all the great progress and improvements we have made to Wookieepedia as a whole and the video game aspect of the wiki in particular. Most of these 100 articles would have probably been lost in the shuffle had it not been for the hard work, dedication, and patient perceptiveness of the users who comprise WP:VG. Out of all the current WookieeProjects, WookieeProject Video Games has the second highest amount of Comprehensive articles to its name. I would like to say good work and congratulations to all the members of WP:VG. Keep up the excellent job, and May the Force be with the Gamers!—Cal Jedi

This is a discussion on letting a single user, such as myself, start a personal project to make broad-sweeping major changes to templates without notice to the community and as I see fit, having such changes protected and non-revertible without consensus track to reverse them. Please stop by and vote for or against. —GethralkinHyperwave 03:58, July 16, 2013 (UTC)

Hey, Nayayen, I just wanted to notify you of this. Cheers.—Cal Jedi

Hello there, this is your local tyrannical dictator project team lead. Now that things have settled down a bit I wanted to bring this to your attention. Anyway, check it out when you get a chance and leave a comment, and keep on trekkin'. Corellian Premier

I see you Edit

Hello there, Nayayen! Since you seem to be so good withe vectors, I wondered whether you could make a clean version of the "cross of healing" that appears on the E-50 Landseer and the T-5 Deliverance. Please note that I have absolutely no idea how hard it would be, so you don't have to feel forced to do it just to please me if it's too complicated. ;-) I just think it would be a nice addition to our gallery of logos and insignia. Cheers. --LelalMekha (talk) 13:54, January 23, 2016 (UTC)

Hi. Not sure how this message page works, but I'd like to see about using your Gungan (shield) image in my Darth Jar Jar fan fiction series as Darth Jar Jar/Palo's organization's symbol. I'd also like to use the image on my website - DarthJarJar.com.

Hello Nayayen. I've been working on the article Coorta, I'm hoping to raise this article to Good, if not Featured article and I would like feedback on my progress. (Truthfulpietro (talk) 18:11, November 2, 2016 (UTC))

Retrieved from "https://starwars.fandom.com/wiki/User_talk:Nayayen?oldid=7691647"
Community content is available under CC-BY-SA unless otherwise noted.